Unfortunately, trust is in rare supply these days. People are having trouble trusting each other, according to an AP-GfK poll conducted in November 2013, which found that Americans are suspicious of each other in their everyday encounters. Only one-third of Americans say most people can be trusted – down from half who felt that way in 1972, when the General Social Survey first asked the question. Forty years later, in 2013, a record high of nearly two-thirds says “you can’t be too careful” in dealing with people.

This same sentiment can be carried over into the workplace, where employees want their leaders to be more trustworthy and transparent. Employees have grown tired of unexpected outcomes resulting from the lack of preparation. They want to be informed of any change management efforts before – not after the fact. Employees desire to know what is expected of them and be given the opportunity to reinvent themselves, rather than be told they are not qualified for new roles and responsibilities and can no longer execute their functions successfully.

Leaders are challenged between informing their employees of the entire truth and holding back certain realities so as not to unnecessarily scare people or lose top-talent. More and more leaders today are being placed into uncomfortable moral dilemmas because they are attempting to salvage their own jobs while trying to maintain the trust and loyalty of their employees.

The growing tensions between leaders and their employees are creating productivity challenges as uncertainty becomes the new normal in the workplace. Furthermore, leaders are beginning to lose control of their own identities and effectiveness as their employees begin to lose trust in their intentions because of hidden agendas and political maneuvering – casting clouds of doubt over their futures.

Employees just want the truth. They have learned that the old ways of doing things just don’t apply (as much) anymore and more than ever they need their leaders to have their backs. Unfortunately, many leaders are operating in survival mode and don’t have the sphere of influence they once had; without leaders to sponsor and mentor them, high-potential employees must now figure out the changing terrain on their own.

Here are seven early warning signs to look out for so you can course-correct when employees are having trouble trusting their leaders:

Leaders that don’t stand up for what they believe in are difficult to respect and trust. Too many leaders today battle the gulf between assimilation and authenticity. They waste too much of their valuable time trying to act like other leaders in the organization – rather than attempting to establish their own identity and leadership style. This is why less than 15% of leaders have defined and live their personal brand.

Perhaps leaders don’t believe that their employees are paying attention to this behavior – but they are intently observing. Employees are always in tune to what their leaders are doing and how they manage themselves. Employees know that if their leaders are not savvy enough to move themselves into a position of greater influence, it will make it that much more difficult for them to get noticed and discovered as well. The influence of a leader carries a lot of weight when it comes to how their colleagues judge and evaluate the potential of their employees.

When leaders lack the courage to enable their full potential and that of others, it becomes a challenge to trust their judgment, self-confidence, self-awareness and overall capabilities.

Leaders that are too politically savvy can be viewed as devious and inauthentic. Employees want to follow leaders who are less about the politics and more about how to accomplish goals and objectives. While being politically savvy is important, leaders must be careful not to give their employees the impression of orchestrating hidden agendas.

Employees want to believe that their leaders are focused on the betterment of the team. If this requires well-intentioned political maneuvering to advance team goals and objectives, then great. However, if it comes across that a leader is solely intent on protecting themselves and their own personal agendas – trust from the team will be lost quickly and difficult to recapture.

Hidden agendas make it difficult to trust that a leader’s intentions and decision-making are not self-centered. When a leader is only looking out for themselves and lacks any sense of commitment to the advancement of their employees – this shuts-off employees quickly.

Also, when leaders are self-centered their ego stands in the way of advancing others – further eroding trust.

When people begin to speak negatively about their leader, it makes it more difficult for others to trust their intentions and vision. For example, look at what has happened to President Barack Obama since December 2009 when his approval rating was 69%. According to the Rasmussen Reports, four years later (as of December 7th), Obama’s approval rating is now at 43%. Nearly a 30% decline has created massive disruption to his reputation and many who have followed and supported him for years are now having troubling trusting him.

If you conducted a comparative approval rating survey in your workplace, how would your employees rate the performance of your leaders?

Every leader must be aware that they are constantly being evaluated and thus they can never grow complacent. When they do, this begins to negatively impact their reputation and the trust employees have in their leadership.

People are more inclined to trust those who are consistent with their behavior. Isn’t it easy to begin questioning one’s motives/judgment when they are inconsistent? For example, I’ve worked with clients who appear to be on the same page – only to notice that they begin to disconnect when they believe that the direction of a project is not allowing them to mobilize their own agendas. In other words, when everyone but the leader is on board with a strategy – you begin to wonder if their intentions are to support the organization’s advancement or their own.

Leaders who are consistent with their approach and intentions are those who can be trusted. This is why so many leaders need to refresh their leadership style before they lose the trust of their employees.

6. Don’t Get Their Hands Dirty

Leaders must touch the business, just as much as they lead it. When leaders are over-delegating and not getting their hands dirty – employees begin to question whether or not their leader actually knows what is required to get the job done. Distrust amongst employees begins to rise.

Though leaders cannot be expected to have all of the answers – they should not play at arms-length either. The 21st century leader must be more high-touch in order to effectively evaluate the business and coach-up their employees. How else can a leader establish the standards to maintain and improve workplace performance?

Are your leaders getting their hands dirty or are they merely acting the part?

Leaders must earn the trust of their employees and stop believing that their titles, roles and responsibilities automatically warrant trust from others.

Employees don’t ever want to feel taken advantage of – especially during a time when everyone is being asked to do more with less. Leaders must be more appreciative of their employees and more mindful of their endeavors.

Leaders who lack a generous purpose and are not compassionate towards their employees are difficult to trust. How can leaders expect their employees to give them everything they’ve got to increase their performance impact when they are not willing to do the same?

These seven behavioral traits are becoming much more prevalent in the workplace and if leaders fail to course-correct they will be putting their employees in positions of increased risk – disrupting their focus and the momentum of their careers.

This is what today leaders must consider: how to lead in new ways that focus less on oneself, but more on the betterment of a healthier whole. Leaders must enable positive social change through ethical innovation – what I call “innovation humanity.”

Let’s honor Mandela’s courage and compassion by letting his leadership inspire us now as it did throughout the life he lived with such generous purpose.

Author
Glenn Llopis
My goal is to prepare organizations to lead in the age of personalization– to achieve maximum growth and in the workplace as employee centricity is redefining the ways we learn, work, lead and conduct business. My organization, GLLG, helps companies build high-performance leaders, teams, cultures and systems focused on inclusion and the power of individuality. I am the author of the books: Unleashing Individuality, Leadership in the Age of Personalization, The Innovation Mentality and Earning Serendipity. 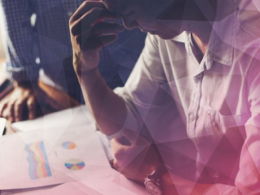 Recently I lead a meeting with one of my clients to present ideas for initiatives moving forward. There were five…
byGlenn Llopis 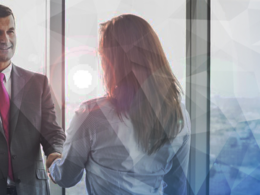 5 Powerful Things Happen When A Leader Is Transparent

Trust and transparency have become popular workplace demands as employees seek to be aware of what is real and true.…
byGlenn Llopis 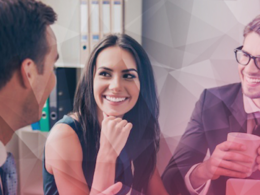 10 Ways To Inspire Your Team

More and more people feel stuck at work and are looking for validation. Not only do they want to be…
byGlenn Llopis 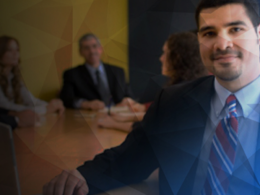 Managers in the workplace have a unique role to play with multiple and continuously evolving responsibilities. They must instill a…
byGlenn Llopis