Georgia vs TCU will face off in the biggest game of the college football season.

Football is the most widely played sport in the United States. The game is contested at both high school and college levels and has a wide fan base throughout the country. These fans are once again on the edge of their seats as 2023, CFP National Championship is ready to kick off. The game will be held between Georgia Bulldogs and the TCU Horned Frogs. Georgia Bulldogs is the fore-most team in college football and has also bagged the 2022 CFP National Championship. The contenders, on the other hand, hold the 3rd position amongst all college football teams. Both teams will clash in what fans can expect to be one of the most riveting matches of all time.

The winning team will also be regarded as the reigning titlist of the NCAA Division I Football Bowl Subdivision (FBS) for the 2022 season. 2022, edition of this championship was taken home by LSU Tigers after they crushed the Clemson Tigers, ending the game at a 44-25 score. The year 2021, saw another riveting game held between the No 1 Alabama and No 3 Ohio State in which the latter lost by a score of 52-24. Last year’s CFP National Championship was won by the Georgian Bulldogs after they brought the mighty Alabamian team to their knees. Fans around the world have marked their calendars and eagerly await the enticing match to be held between the Georgia Bulldogs and TCU Horned Frogs on the 9th of January 2023.

What time is the 2023 CFP National Championship Game?

The match between the No 1 Georgia Bulldogs and the No 3 TCU Horned frogs will be held on the 9th of January, 2023. Sofi Stadium, in the Los Angeles suburb of Inglewood California, has been chosen as the venue for the match. The stadium has a capacity of 70,240 and is ideal for this match considering the influx of spectators that are expected to attend.

The whistle for the match will blow off at 4:30 pm sharp. All times are in Pacific Time Zone (PST). Jeff Heaser has been chosen as the referee for the match. Pentatonix, a proficient A cappella, will perform the national anthem following which the match will commence. Georgia 13 has become the favorites for the 2023 CFP National Championship but the TCU Horned Frogs are all geared up to give them a hard time. Mark your calendars as one of the most rip-roaring football matches ever is soon to go about

How to watch CFP National Championship 2023

The College Football Playoff Championship Game between No. 1 Georgia and No. 3 TCU will be broadcast nationally on ESPN (USA), if you are outside of the United States or traveling you might be unable to watch the biggest sports event. But the good news for Canadian college football fans is TSN 1 will broadcast the 2023 College Football Playoff National Championship. The alternate option we found is PremiumTV (OTT) where you can stream the 2023 CFP National Championship game everywhere.

Sorry TCU, but the Horned Frogs are once again the underdogs against a more well-known foe. Right now, Georgia leads TCU by nearly two touchdowns according to the oddsmakers. TCU will increase its chances of pulling off an upset if it can make Georgia’s key players appear as erratic as they did against Ohio State.

Jalen Carter, a defensive lineman for Georgia, had one tackle, but Ladd McMcConkey and Darnell Washington, two of the game’s top pass catchers, were sidelined by injuries. The most important injury concern for TCU is the running back Kendre Miller, although backup Emari Demercado (150 rushing yards, one touchdown) was equally effective versus Michigan. 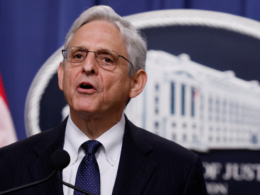 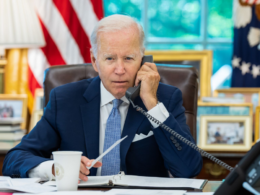 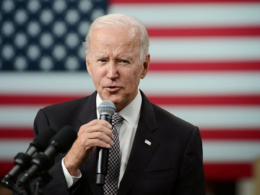 Devastation ensued as New Orleans, Louisiana was caught in its most “catastrophic” storm on the 16th anniversary of Hurricane Katrina.…
bykraken