A total of 10 teams contested this championship. The teams were divided into two groups. From group A the two teams qualifying for the semi-finals are Czechia and Canada while from group B, the United States and Sweden remain atop. Canada is all set to face the United States in the semi-finals to be held on 4th January 2023. Both teams have remained impeccable throughout the tournament and have secured sublime victories. Canada has contested 4 matches out of which it has triumphed in 3 and lost 1.

The country lost its first match 2-5 to Czechia but since then has secured consecutive victories defeating Germany with an 11-2 score, Austria with an 11-0 score, and lastly Sweden with a 5-1 score. Canada’s rival, the United States team has also taken part in 4 matches, won 3, and lost 1. It won its first match against Latvia by 5-2, lost the second match by 3-6 to Slovakia, and won the third and fourth matches by 5-1 against Switzerland and 6-2 against Finland.

The United States team led by Jake Sanderson is geared-up to face the Canadian team headed by Shane Wright on 4th January 2023. The Scotiabank Centre, in the ravishing city of Halifax, has been chosen as the venue for the match. It has a capacity of 10, 595 and is a colossal multi-purpose facility. Timings for the match are 19:30. The match is expected to be a real cliffhanger as both the teams are looking to enter the final and bag the trophy!

How to watch Canada vs United States today?

The hobby of spectating matches has been around for centuries. In the past, fans of a particular sport had to travel long distances to get a glimpse of the sport that they relish. The advent of televisions and live-streaming technology has revolutionized the art of spectating. Fanatics of a particular sport can now visualize the live matches from the vicinity and comforts of their homes.

Die-hard fans hailing from Canada who wish to catch the live stream of the 2023, World Junior Ice Hockey Semi-finals to be held between the USA and Canada can access the following:

In the United States, The World Junior Ice Hockey Championship will be streamed live on the NHL network. Cable providers that include the NHL network in their list of channels include:

Fanatics belonging to countries where both TSN and NHL networks are not available can resort to:

The thrill that the 2023 IIHF World Junior Championship has brought about with it is unparalleled. Ice hockey fans around the world remain glued to their seats as this nail-biting thriller has entered the semi-finals. Canada for the 18th time has been bestowed with the right to host the 47th edition of the World Junior Ice Hockey Championship. The competition commenced on the 26th of December, 2022, and will end on the 5th of January 2023. 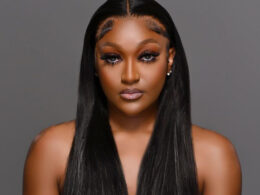 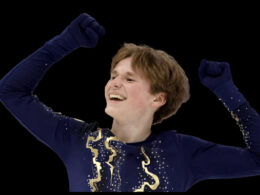 Junior and senior qualifiers will participate in the Toyota U.S. Figure Skating Championships in San Jose, California in 2023. The…
bykraken