WASHINGTON (Fwrd Axis) — President Joe Biden announced Tuesday morning that the United States has placed a ban on Russian oil and energy products that will target “the main artery of Russia’s economy”.

Speaking from the White House, Biden warned that the move would probably increase gas prices even more but added it was necessary to ramp up sanctions on Russia.

“We’re banning all imports of Russian oil and gas and energy,” Biden said. “That means Russian oil will no longer be acceptable at U.S. ports and the American people will deal another powerful blow to Putin’s war machine.”

“Putin’s war is already hurting American families at the gas pump,” he added. “I’m going to do everything I can to minimize Putin’s price hike here at home.”

Biden’s remarks were chosen carefully as the White House anticipated a concerted Republican effort to blame him for the spike in gas prices, which are at a record high as of Tuesday. The President attempted to get American anger directly on Putin and issued a stern warning to the oil companies to not take advantage of the American people in this time.

“The United States produces far more oil domestically than all of Europe,” said Biden. “We can take this step when others cannot, but we’re working closely with Europe and our partners to develop a long-term strategy to reduce their dependence on Russian energy as well.”

Afterward, Biden signed an executive order to ban the import of Russian oil, liquified natural gas, and coal to the U.S., a senior administration official said. The ban goes into effect immediately, and the administration is allowing a 45-day period to finish up any current contracts.

Prior to Biden’s remarks, the United Kingdom announced their government would phase out the import of Russian oil and oil products by the end of 2022.

“This transition will give the market, businesses, and supply chains more than enough time to replace Russian imports — which make up 8% of UK demand,” Business and Energy Secretary Kwasi Kwarteng said in a series of tweets. “Businesses should use this year to ensure a smooth transition so that consumers will not be affected.”

British Prime Minister Boris Johnson said that it was “completely the right thing to do to move away from dependence on Russian hydrocarbons, but we have to do it step by step.” 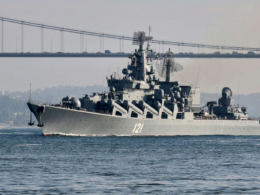 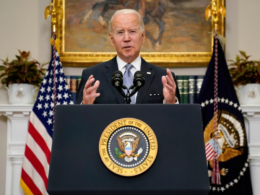 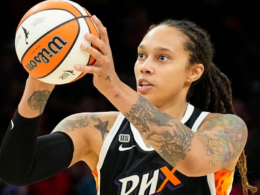 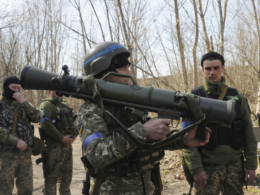