The call comes just a week after the latest ransomware attacks over the July 4 weekend that saw “no significant damage” to American businesses.

WASHINGTON — President Joe Biden pressed Russian President Vladimir Putin to crack down on cyberattacks originating in his country and warned the United States “will take any necessary action to defend its people and its critical infrastructure,” in a phone call Friday morning.

The White House released a statement, saying Biden “underscored the need for Russia to take action to disrupt ransomware groups operating in Russia and emphasized that he is committed to continued engagement on the broader threat posed by ransomware.”

“President Biden reiterated that the United States will take any necessary action to defend its people and its critical infrastructure in the face of this continuing challenge,” the statement continued.

The call comes just a week after the latest ransomware attacks over the July 4 weekend that saw “no significant damage” to American businesses. Biden and Putin met in Geneva nearly three weeks ago and Biden warned the Russian leader to stop the cyberattacks and gave him a list of critical infrastructure that is off-limits.

At an event at the White House Friday afternoon, Biden was asked about his goal with the phone call and how he felt moving forward.

“I made it very clear to him that the United States expects when a ransomware operation is coming from their soil even though it’s not, not, sponsored by the state, that we expect them to act if we give them enough information to act on who that is,” Biden said.

When asked if the United States will put punishments on Russia for the attacks, the President responded “yes”.

Pressure has been building on the Biden administration to respond to Putin after a Russian-language group REvil, which is believed to operate inside that country, hacked into Kaseya, resulting in the largest cyberattack in history.

Before departing to Delaware for the weekend, Biden was asked if it made sense to attack the actual servers that were used to carry out the attacks. He responded “yes” and added he believes Putin would ultimately cooperate.

“If the Russian government cannot or will not take action against criminal actors reside in Russia, we will take action on our own,” White House Press Secretary Jen Psaki said Friday.

Speaking in La Crosse, Wisconsin, Biden's speech marked the first time he has pitched the bill directly to the American people since a deal was reached last week.
byStephen Michael
No comments 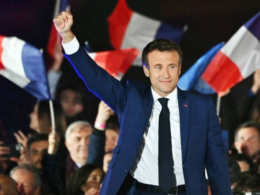 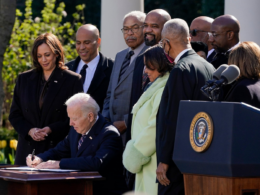