Biden Says Afghanistan Evacuation Is Accelerating But Cautions U.S. ‘Has A Long Way To Go’

Biden said 11,000 people had been evacuated from Kabul over a 36-hour period over the weekend.

WASHINGTON — President Joe Biden on Sunday touted the progress his administration has made in evacuating thousands of Americans and Afghan allies from Afghanistan but said the United States still “has a long way to go”.

Speaking from the White House, Biden said 11,000 people had been evacuated from Kabul over a 36-hour period over the weekend but did not provide any details for security reasons.

The news comes after the Pentagon announced Sunday it has activated the Civil Reserve Air Fleet, ordering U.S. commercial airlines to assist with the evacuation efforts in Afghanistan.

The White House said Biden met with Secretary of State Antony Blinken, Defense Secretary Lloyd Austin, and other members of his national security team over the weekend to discuss the situation in Afghanistan.

Biden echoed his vow that he made on Friday that all Americans in Afghanistan will get home and pledged the United States would welcome Afghan allies into the country. 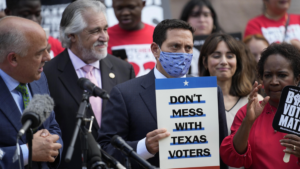 “When planes take off from Kabul, they go to U.S. military bases and these processing stations,” Biden said. “Once screened and cleared, we will welcome these Afghans… to their new home in the United States of America.”

With growing criticism and backlash, Biden said there was never a right time to get out of Afghanistan but also acknowledged that the process of leaving and evacuating was always going to be a difficult one.

“The evacuation of thousands of people from Kabul is going to be hard and painful no matter when it started when we began,” he said. “It would have been true if we had started a month ago, or a month from now. There is no way to evacuate this many people without pain.”

The Biden administration has faced mounting criticism from Republicans, Democrats, and allies abroad for its handling of the evacuation. Two new polls from CBS News and NBC News show the President’s approval rating taking a sharp dive.

Biden’s overall job-approval rating has dipped below 50 percent, with 49 percent approving of the job he is doing and 48 percent disapproving.

“Look, I have a basic decision to make. I either withdraw the American people from a 20-year war… I either increase the number of forces we keep there… or I end the war, and I decided to end the war,” Biden replied when asked about the new poll numbers. 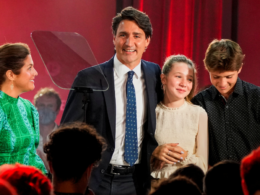