Golden State is back after a brief two year break with their most recent appearance in 2019 versus the Toronto Raptors. The path the Warriors took was defeating this years MVP in Denver’s Nikola Jokic. In the second round, the Warriors would face Ja Morant and the Grizzles. The Warriors would be challenged as they split the first two games. Morant would sustain an injury, which ultimately hurt the Grizzles and the Warriors would advance to the Western Conference Finals in six games. All that would stand in the way between the return to the finals would be Luka Doncic and the Dallas Mavericks. The Warriors would put on a clinic as they win would by average of 10 points. The Mavs would pick up one win at home to avoid the sweep, but the Warriors would feature too much firepower in the end.

The Boston Celtics are the featured team. The Celtics return after a 12-year gap between NBA finals appearances. Here is the path Boston used to reach the Finals. Boston would sweep the Nets with Kyrie Irving and Kevin Durant. In round two the defending champion Milwaukee Bucks would come calling. Milwaukee would would even lead the series 3-2 and would have a chance to close out The Celtics in game 6. Boston would win 108-95, which would force game seven in Milwaukee. The Celtics again would blow out the Bucks 109-81.

This sets us up with the 2022 NBA Finals. This years interaction features again familiar faces in Steph Curry, Klay Thompson, and Steve Kerr. The last time the Celtics were in the finals Kevin Garnett, Ray Allen, and Paul Pierce were suiting up. The faces now carrying the C’s are Jason Tatum, Jaylen Brown, and Marcus Smart.

What you can expect. Threes.

Lots and lots of threes.

In fact Boston in game seven alone versus Miami attempted 32 threes. As for the Warriors in game five versus Dallas.

Who takes it? (excuse the cliché here) it’s experience versus inexperienced here. The Warriors are back in the finals after a dynasty like run in the 2010s I fully expect them to use that experience to power them past the Boston Celtics. Warriors in 6 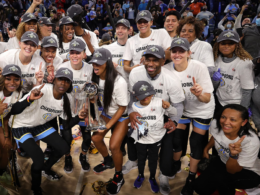 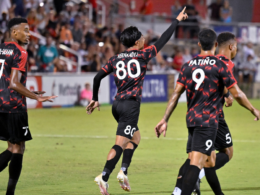 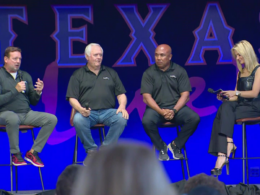