The result sees SAFC lose for the first time in 2022.

The result sees SAFC lose for the first time in 2022 as well as concede the opening goal. The victory for Phoenix is its first victory at Toyota Field in franchise history.

Phoenix opened the scoring in the 56th minute when Claudio Repetto put home the rebound, getting the ball past SAFC goalkeeper Jordan Farr, who got the start following Cristian Bonilla’s retirement. Former SAFC midfielder Marcus Epps sealed the win with a goal in stoppage time.

“As a collective we were proud, this is coming from the players, that they competed for 97 minutes,” SAFC Head Coach Alen Marcina said. “It was difficult, having injuries, and short bodies, but we competed. We continued to compete for 97 minutes.”

Here are three points from SAFC’s loss to Phoenix on Saturday:

For all the talk of a goal-heavy match, San Antonio’s backline and defensive unit dominated the first half. SAFC did not allow Phoenix to set up offensively, while goalkeeper Jordan Farr made several big stops to keep the match scoreless at the break.

Meanwhile, Phoenix did the same on their side. Defender Darnell King did a masterful job on David Loera before he was taken out of the match due to injury.

For the first time this season, SAFC conceded first, marking the first time they have trailed in a match in the 2022 campaign. San Antonio has faced adversity in seasons past and will have to do so once again with injuries to several key players.

Loera, who has scored twice for San Antonio this season, left the match with an injury in the second half. That resulted in Phoenix hunkering down on defense and SAFC not being able to push forward to create anything on the attack.

San Antonio’s injury report is piling up early on in the season. Key players such as Santiago Patino, PC, and Justin Dhillon all missed Saturday’s match and Loera’s injury may keep him out for some time.

Moving forward, this will be an issue for SAFC as they try to stay above the playoff threshold despite being four matches into the season.

“Obviously, it’s tough right now with injuries, but we have the next man-up mentality,” SAFC Defender Connor Maloney said. “That’s all we can do. We don’t make excuses, we only make solutions around here. We’re just going to go out each game and give it our all and whatever it is, we’ll be happy.”

San Antonio FC will take a break from USL Championship action and will return to the pitch on Tuesday to face D’Feeters Kicks Soccer Club in the Lamar Hunt U.S. Open Cup at 7:30 p.m. from Toyota Field. 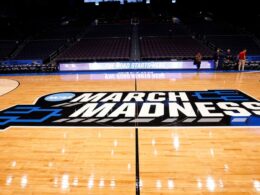 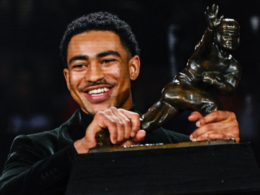 Young entered the ceremony as the odds-on favorite to win the award.
byStephen Michael 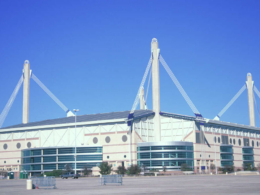