The first Power of Veto competition saw to lies being told and tears at the veto meeting.

(Fwrd Axis) — Big Brother continued on Wednesday night with the first Power of Veto competition of the season, leading to lies being told and tears at the veto meeting which saw a house target take their seat at the block.

The episode kicked off following Daniel’s nominations of Terrance and Michael. Naturally, the nominations did not go over well with Michael as he heads up to the HoH room to speak to Daniel, who tells him “it’s nothing personal” but viewers know that Michael is his target.

This leads Michael to panic internally and he fears that the house will see him as a weak player and now he needs to go out to win the PoV to prove himself. He goes around the house asking his fellow houseguests to use the veto on him if he picks them as “houseguest choice” but everyone seems too scared to rock the boat.

We get a scene of Taylor trying on different dresses and having fun walking around the house. You can smell the jealousy in the air as Paloma and the other members of the “girls girls” alliance feel she is doing this to “get attention” as Jasmine put it in the Diary Room. Paloma seems to have a very weird obsession with Taylor, putting her down every chance she gets and it has gotten so bad that it has sparked several major headlines in entertainment news.

We’ll get back to that but first, it is time for the Veto competition. Indy, Turner, and Ameerah join Daniel, Michael, and Terrance as they faced off in a Medieval-themed competition where the players must collect rings while riding a mechanical horse. The challenge would come down to Ameerah and Michael as they tied several times before Michael won the veto and safety from eviction.

Daniel is upset that he will now need to name a replacement nominee. This brings us back to Taylor and Paloma’s seemingly hatred for her. With Taylor in the room, Paloma mentions how the guys in the house are a big threat and really close, wanting to take them out. When Paloma digs for dirt, Taylor says she doesn’t know anything and this leads Paloma to say she can’t trust Taylor.

Meanwhile. Taylor goes to tell Monte telling him what was said about the guys. Monte, being a moron, goes to Paloma and spills what Taylor said to him. Paloma then plays the victim card, saying, Taylor is making up lies about her and bringing out the waterworks. Eventually, this gets around the house and everyone believes it, apart from Nicole.

At the veto meeting, Michael pulls himself off the block as expected and Daniel puts Taylor up in his place. 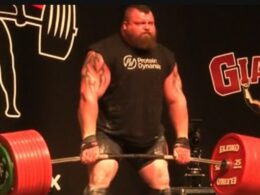 World’s Strongest Nation 2022: Where to stream USA vs UK WSN on Giants Live 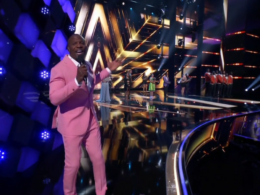 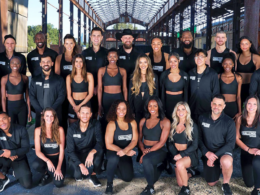 CBS Announces Cast For Inaugural Season Of ‘The Challenge: USA’

(Fwrd Axis) — CBS on Wednesday revealed the cast for the first season of The Challenge: USA, which will see…
byStephen Michael 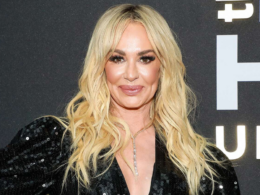