The news comes after remains found on Sunday were confirmed to be Petito’s after an autopsy was conducted.

A federal arrest warrant has been issued for Brian Laundrie for his “activities following the death of Gabrielle Petito,” the FBI announced Thursday.

“We urge individuals with knowledge of Mr. Laundrie’s role in this matter or his current whereabouts to contact the FBI,” Special Agent Michael Schneider wrote in a statement to the press.

The news comes after remains found on Sunday were confirmed to be Petito’s after an autopsy was conducted. Petito went missing while on a cross-country road trip with Laundrie, her fiancé. Laundrie, 23, disappeared after he initially refused to cooperate with police over Petito’s disappearance.

The attorney for the Laundrie family, Steve Bertolino, released a statement and said the arrest warrant was not related to Petito’s death but “activities occurring after the death of Gabby Petito”.

“The FBI is focusing on locating Brian and when that occurs the specifics of the charges covered under the indictment will be addressed in the proper forum,” Bertolino said.

Police have been searching for Laundrie in a swampy wildlife refuge. Laundrie drove back from Wyoming to his home in Florida alone after Petito disappeared. The FBI searched Laundrie’s family home to search the property for evidence related to Petito’s disappearance.

Petito’s disappearance and death has gained national attention. The couple documented their cross-country trip on social media. They posted several photos to their respective Instagram accounts and Facebook. 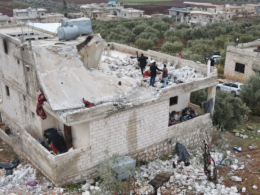 The raid killed 13 people, including women and children. It is not known if al-Qurayshi was among the 13.
byStephen Michael 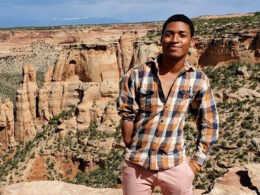