This weekend football season continues (for some of us) with championship weekend. But who will make it to the Super Bowl?

(Fwrd Axis) — This weekend football season continues (for some of us) with championship weekend. On one hand, you have an all California affair with the San Francisco 49ers and  Los Angeles Rams who have to worry about potentially playing at a neutral site. The other you have two of the most explosive offenses in the league led by the future faces of football with the Cincinnati Bengals and Kansas City Chiefs, so where do we start?

Let’s start with the NFC since this game seems to be getting a little less attention at least to this writer. The Rams and 49ers are the respective four & six seeds of the national conference. In their two meetings, this season San Francisco would actually sweep the Rams with their last meeting in Week 18 and winning earlier in November. Things have changed since then as at that moment in time the 49ers were 1-4 at home and 4-5 overall and article headlines read “49ers win first game in more than a year”.

Now, these 49ers are coming off victories against the Dallas Cowboys and Green Bay Packers with a defense that has only given up 27 points to Dak Prescott and Aaron Rodgers-led teams. The Rams have taken a similar approach to this post-season. Defeating the Arizona Cardinals in impressive fashion wildcard weekend.  In the divisional round, the Rams achieved something that always raises some eyebrows, which was defeating Tom Brady and the Tampa Bay Buccaneers in Tampa.

Now that brings us to this weekend, that California affair.

These teams have changed a lot since that regular-season matchup. The Rams offense for one seems to have gotten its swagger back with Cam Akers coming back into the fold. Odell Beckham Jr. also has his best day on the field also having 6 receptions for 69 yards. One could ask, does this mean the Rams are shoo-in? No. Not even close. This game has battle written all over it. First, let’s start with Sofi Stadium. Earlier this week it was reported that when tickets went on sale for the public there was a restriction for Los Angeles zip codes.

After an uproar on Twitter, the restriction no longer appeared. Several former 49ers players called for fans of the team to “take over” the home of the Rams. Second, can we talk about how the 49ers just find ways to win? First, it was doing just (and I mean just enough) to defeat the Cowboys to begin the postseason. Then the next week in Green Bay with a fully activated frozen tundra it came down to a special teams play, which saw a blocked punt for the 49ers to score their lone touchdown of the game. Later on, the 49ers would drive into field goal range to kick the eventual game-winner.

Overall the pulse of this game is hard to take at this stage of the season all teams realistically belong in these matchups. However, I fully expect to see the team from Northern California take care of business and cash their ticket to the Super Bowl with the final score being 28-24.

In the AFC the Bengals and Chiefs: two teams led by young quarterbacks Joe Burrow and Patrick Mahomes. The Bengals (Burrow in specific) somehow survived a matchup with the Tennessee Titans, which had 9 sacks on the day. However, don’t let the sack total fool you. Burrow still went 28-for-37 on the day with 348 total yards, Ja’Marr Chase also had 5 receptions for 109 yards, so while the offensive line might have been suspect this duo was still doing their thing.

The Chiefs used 13 seconds in the fourth quarter to set up a game-tying field goal and would use the only possession in overtime that would see Mahomes hitting Travis Kielce for the game-winning touchdown. Where does that leave this game? This one is a little more straightforward in terms of keys to victory. There is no doubt that Kansas City will be a sea of red (kind of like Sofi Stadium) so a definite home-field advantage for the Chiefs, so check.

Offenses? They will put up numbers. Interestingly enough the onus will be on the Chiefs defense to stop the Bengals. Cincy proved last week that ruckus crowds won’t change their approach on how they attack the field. If the Bengals get hot early, the pressure will be there for Kansas City to replicate what many would call performance of the ages. Now in regards to pressure, Kansas City proved they can perform even under the heaviest of such (do I really have to write about the 13 seconds again?) as I say that where does that leave this game’s and those “straight forward keys to victory”? This game will come down to what defense can hold on longer. These two units are going to be tested throughout the night and if you like scoring this matchup should provide. Since this game is taking place in Missouri I’ll have to take the Chiefs. Final score 38-28. 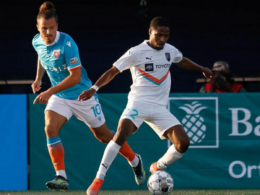 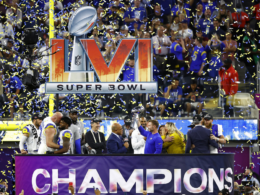