Two bigger upgrades are reportedly now in the works to outdo what the company did with the iPhone 12.

Apple’s next flagship of iPhones are already ahead of schedule and are set for a September launch and the company is reportedly making big upgrades for the iPhone 13.

At this point, we’ve all heard the rumors of the smaller notch, a bigger battery, and new cameras. However, two bigger upgrades are reportedly now in the works to outdo what the company did with the iPhone 12.

Macrumors analyst Wedbush is hearing Apple will give boosts to the iPhone 13 Pro and iPhone 13 Pro Max with both models getting 1TB of storage and adding LiDAR sensors to every new iPhone model for the first time.

Popular Apple leaker and analyst Jon Prosser first reported this back in October before confirming it in January. The rumor makes sense considering Apple introduced ProRaw photography with the iPhone 12 lineup.

The current iPhone 12 Pro storages are listed as 128, 256, and 512GB. Apple is reportedly wanting to axe the 256 GB in favor of the 512GB following the 128 GB. That would be worth the extra $100 for those who like to fill up their phones with music and photos, which takes up the most space on devices.

Apple is known for changing its colors every year on its iPhones. They first introduced a Midnight Green iPhone with their iPhone 11 lineup but that was scrapped for Midnight Blue with last year’s release. Now, rumors say Apple will introduce a Rose Pink color when they debut the iPhone 13 later this year.

The rumored Rose Pink color is along the same colors the company released with their purple iPhone earlier in the year. Other color rumors suggest Apple is going with a darker Space Gray option and possibly an Orange hue iPhone on their base models.

So that’s rumors of the smaller notch, a bigger battery, new colors, and more storage. This means with all these improvements, the iPhones should sell like hotcakes once they launch this fall. Better get your credit card ready! 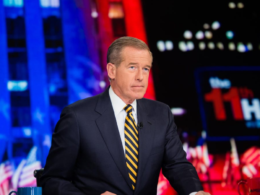