Social media platform suspends Trump “due to the risk of further incitement of violence.”

The social media company announced late Friday it was suspending the President’s account, citing “the risk of further incitement of violence.” This comes after Mr. Trump was locked out of his account for 12 hours on January 6 for  “severe violations of our Civic Integrity policy,” following him using the social media platform to tweet condemnation against Vice President Mike Pence as his supporters breached the U.S. Capitol.

“After close review of recent Tweets from the @realDonaldTrump account and the context around them we have permanently suspended the account due to the risk of further incitement of violence,” the company said in a tweet.

Mr. Trump has used Twitter as his main outlet since early 2009 and since taking office he’s used his personal account instead of the official “@POTUS” government account. The company finally banned him after years of public pressure from Americans to limit the reach of his account.

“In the context of horrific events this week, we made it clear on Wednesday that additional violations of the Twitter Rules would potentially result in this very course of action,” Twitter said in a blog post. “Our public interest framework exists to enable the public to hear from elected officials and world leaders directly. It is built on a principle that the people have a right to hold power to account in the open.”

“However, we made it clear going back years that these accounts are not above our rules and cannot use Twitter to incite violence,” the post continued. “We will continue to be transparent around our policies and their enforcement.”

Mr. Trump posted two tweets to his account on Friday, the first saying “The 75,000,000 great American Patriots who voted for me, AMERICA FIRST, and MAKE AMERICA GREAT AGAIN, will have a GIANT VOICE long into the future. They will not be disrespected or treated unfairly in any way, shape or form!!!”

In his other and possibly final tweet, he wrote, “To all of those who have asked, I will not be going to the Inauguration on January 20th.”

Both Democrats and some Republicans praised the move by the social media company to suspend Mr. Trump’s account, with Sen. Mark Warner, D-Va., tweeting: “An overdue step. But it’s important to remember, this is much bigger than one person. It’s about an entire ecosystem that allows misinformation and hate to spread and fester unchecked.” 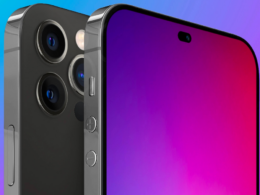 Trump's tweets go against comments his secretary of state made less than 24 hours earlier.
byStephen Michael