(Fwrd Axis) — Big Brother Australia continued on Monday night with the housemates fighting for survival and trying to make the top 10.

The episode kicks off with the housemates getting a task that would expose their true intentions but it would really drive an already sharp wedge between Drew and Tully. The task exposed some underlying feelings, which upset Tully. She speaks to Drew and they make an agreement to sweep it under the rug and be there for each other.

Taras pitched himself to be Head of House but Big Brother threw a twist in where the housemates vote in the Diary Room for the HoH. In the end, Taras got just one vote and Jaycee was named HoH. This made Taras angry and he called Tully selfish in front of the entire house. Later, he said he is making it his mission to get Tully up and out of the game.

An iconic exit for an iconic Housemate! #BBAU We'll miss you @tee_smyth pic.twitter.com/eobatZk956

For the nominations challenge, the housemates had to play three different rounds and the top two from each round would advance to the final. Brenton, Drew, Johnson, and Taras would all advance and Taras got his wish, winning the challenge and securing his spot in the top ten.

Taras decided to nominate Tully, Drew, and Johnson with Tully as his target. Tully areas scrambled for votes to try and force a blindside to get Johnson out. She went to Drew, begging for his vote and he appeared to be on board with keeping her.

Host Sonia Kruger returned to get the eviction proceedings started. In the end, Sonia revealed Tully was evicted on a 6-3 vote after all the housemates had voted.

Big Brother Australia continues Tuesday at 7.30 pm on Channel 7 and 7Plus. 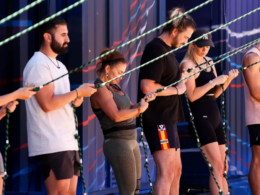 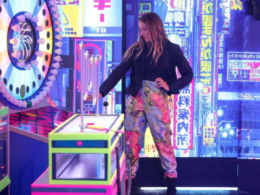