According to police, Fetty was arrested at Citi Field in Queens, where the Rolling Loud music festival was held on Thursday.

The FBI has arrested Fetty Wap on federal drug charges. According to police, Fetty was arrested at Citi Field in Queens, where the Rolling Loud music festival was held on Thursday.

The circumstances surrounding Wap’s arrest have now been made public on Friday. More than 100 kilograms of cocaine, heroin, fentanyl, and crack cocaine were allegedly distributed by the rapper, a corrections officer, and others. The drugs were obtained on the West Coast and transported via USPS vehicles in hidden compartments before being smuggled to the East and redistributed throughout the region.

Law enforcement agents obtained $1.5 million in cash, 16 kilograms of cocaine, 2 kilograms of heroin, fentanyl pills, pistols, handguns, and a rifle, according to the documents.

“The fact that we arrested a chart-topping rap artist and a corrections officer illustrates just how vile the drug trade has become,” said Michael Driscoll, assistant director in charge of the FBI’s New York office. “The pipeline of drugs in this investigation ran thousands of miles from the West Coast to the communities here in our areas,” he added.

The legendary and widely known originator of Shock Rock, Alice Cooper, stopped through to chat with Matt Pinfield…
byMatt Pinfield 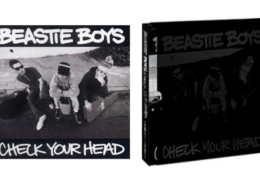 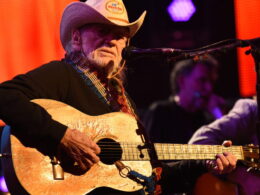