SAN ANTONIO (Fwrd Axis) — San Antonio FC kept their hot streak alive with an easy 6-0 win over Monterey Bay FC (1-6-0) at Toyota Field on Saturday night with six different players finding the back of the net.

The victory is the fourth straight in league play for San Antonio and their sixth overall when you include two U.S. Open Cup matches.

“Players entering the game, we ask them to be game-changers, they did that,” SAFC Head Coach Alen Marcina said. “We discussed being first to the ball on set pieces for and against. We were very efficient … and again we attack.”

In the opening half-hour, San Antonio scored twice in the span of four minutes. Connor Maloney sent in a nice through ball that found Elliot Collier’s boot as he tucked it away and PC doubled San Antonio’s lead in the 25th minute.

Nicky Hernandez got in on the scoring party with his first of the season, putting San Antonio up three goals just before halftime. In the second half, San Antonio added three more goals as Mitchell Taintor, Justin Dhillon, and Jordan Ayimbila all found the back of the net.

Despite all their success to start, this is the first time SAFC had a double-digit lead so far in the 2022 season.

“We ask the players to attack with and without the ball for 90 minutes and they did that,” Marcina said.

“It’s crazy because we have three guys out still,” Farr said. “And some guys still are dealing with the repercussions of that heavy week last week. I could see us really stepping into gear even more so at the perfect time, next week, for the Phoenix, Houston, Miami matchup.”

With the victory, San Antonio FC climbed into a tie in the Western Conference standings with 21 points and a 7-1-0 record. Colorado Springs FC owns the same record and owns the first-place spot in the West with a match between the two clubs set for May 21 in San Antonio.

“We feel like we are proving ourselves right now… that we deserve that first place slot,” 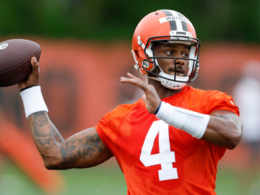 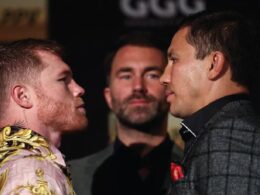