Despite rising cases, deaths, and hospitalisations, there will be no legal requirement in England to wear a facemask or social distance.

Currently, 52.4% of the UK’s adult population has received two doses of a Covid-19 vaccination. However, on Tuesday 13th July, just shy of a week away from the ending of all legal restrictions introduced to curtail the virus, there were 36,600 new recorded cases.

From Monday 19th, despite rising cases, deaths, and hospitalisations, there will be no legal requirement in England to wear a facemask or social distance. Hundreds of doctors and scientists criticise Prime Minister Boris Johnson’s decision to take this path as “criminal” as he hopes to lead the British public on the path to freedom.

The UK has the highest death rate from Covid than any major country, and scientists have warned we’re currently on track to have 100–200 deaths per day occurring at the peak of this next wave. But for the government, this is an acceptable number as long as it doesn’t overwhelm the NHS.

There are many problems with calling it “freedom day”, but one of the worst is the complete disregard for life. Back in April, it was alleged Johnson said he would “let the bodies pile high,” we still don’t know if this statement is true, but it certainly feels like the tone he’s taking.

As somebody who works in hospitality and only has one dose of the vaccine, I have so many concerns about the sudden loosening of all legal restrictions. So I will continue to wear my mask and practice social distancing for as long as it takes, and I’ll tell you why.

It’s long been said by scientists and experts that by wearing a face covering, you are protecting others more than you are protecting yourself. So giving people a choice not to wear a mask from 19th July in England enables a certain amount of freedom. But, on the other hand, it means many vulnerable people are more likely to come in contact with the virus.

With cases spreading like wildfire and infection rates soaring, it is far more likely for a partiality vaccinated, unvaccinated, or immunocompromised person to catch the virus. They are given less choice of being affected because there will be no legal requirements to wear masks.

By giving freedom to some, you are taking away freedom for others.

For people who work in hospitality, retail, public transport companies, and schools, we have far limited protection from the virus through no fault of our own. This isn’t freedom but a greater risk that doesn’t carry any legal repercussions.

The government are voluntarily putting a large part of the population in danger to save their political ego.

To travel to the cafe I work in, I have to get on a packed train for half an hour both ways. Even when there has been a legal requirement to wear a mask, I’ve observed most people ditching the mask when they sit down. So people will now have even less of an incentive. Since being back at work from the end of May, I’ve already had to self-isolate once from being in contact with a customer who tested positive for Covid-19, and so have two other colleagues.

With the rates of infection as they are, people who work in these industries, who are predominantly under 30 and have likely only had one dose of the vaccine, are being deliberately put at risk by a government that doesn’t care for their health.

The government have continually stated we need to learn to live with this virus, which is true, but is letting infection get out of control with widespread disruption to our daily lives a real solution?

These policies are despicable but entirely predictable. Any potential more deaths, infections or complications from developing long Covid are now considered defensible by those in power because of the great success of the vaccine programme and the NHS not being overwhelmed.

This pandemic and the handling of it has raised a lot of ethical questions. Undoubtedly, it’s a challenging thing to deal with for any government across the world. But this one has handled it particularly badly. Currently, the UK has a death toll of 128,000, many of which could have been prevented in the earlier stage of the pandemic if lockdown had been enforced and NHS staff had adequate access to PPE.

On Tuesday 13th, 50 people died of Covid in the UK. Although that is remarkably better than 100, 200 or even 800 at the peak of the pandemic, it shouldn’t be happening, and the government should be doing all they can to value every life.

No death toll is acceptable because every number is a family, group of friends and people who love that person. No life should be regarded as indispensable for the sake of a political project.

Take New Zealand, for example. Since the pandemic began, they have only recorded a total of 26 deaths. Of course, that’s still 26 people and their families and loved ones who shouldn’t have had to go through that, but it’s far better than 128,000. Jacinda Ardern achieved this because she took decisive and quick action early on to prevent the spread of the virus. She took it seriously and directed policies to preserve every life. But, unfortunately, our Prime Minister didn’t.

With the government telling us to expect more deaths and this being “inevitable,” it reaffirms my prior point — these people in power have little, or no, regard for life.

The government are bored and sick of having to deal with this pandemic. They want to get back to normal political life and so have decided to put the next stage of the pandemic in the public’s hands. Wearing a face mask, social distancing and accepting risk will be decided by people rather than be regulated by law.

Although some are rejoicing and celebrating this as freedom day, it ignores some will undoubtedly not have a choice in being infected by this virus. Some will suffer long term implications, and some will even die—all for the sake of not having to wear a face-covering or getting close to people.

Boris Johnson’s government has set itself up for failure at every stage of the pandemic, and now, this is the icing on the cake. Making personal responsibility the route for returning to normal life is not only damaging but a perfect scapegoat. When everything undoubtedly goes tits up, they’ll be able to blame the public and their actions rather than themselves.

Even if disruption is not directly from Covid (including hospitalisations and deaths) because infection rates are so high, staff across numerous industries are self-isolating already in their thousands. Some businesses will have even more staff shortages, which could mean they have to close just when they have been given the go-ahead to open.

What should be the solution?

If the government valued life and being able to return to normality irreversibly, they would make sure every adult had two doses of a vaccine before fully opening up. Currently, only 52.4% of the population enjoys this protection — which still doesn’t mean you can’t catch and develop symptoms from the virus.

If the government were serious about learning to live with the virus, they would be taking measures to control the virus to keep infection rates down. Instead, with the UK on a path to reach the heights of 100,000 new infections a day later on in the summer, there will be widespread disruption of all varieties, including more deaths.

Nobody enjoys having their freedoms curtailed, but if we lived with this a little longer, we could save more lives and ensure a swifter return to normality. But, unfortunately, this won’t be the case for England any time soon.

I will be wearing my mask for as long as it takes until infection levels have flattened completely. Primarily because of the job I’m in and the responsibility I feel for protecting others. I know others probably won’t be taking the same stance as me, but I will be continuing to follow all regulations until I feel safe and the risk level for everyone is low.

This government is known for its U-turns, and I live in hope they will change their minds to live up to the slogan that has come to define our lives in the past year, “Protect the NHS. Save lives.” 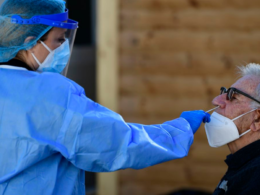 The CDC said people can now use people can use rapid antigen tests after five days if they want them but did not take the step of requiring them.
byStephen Michael 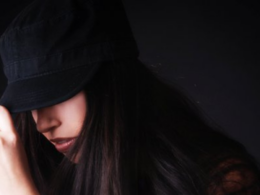 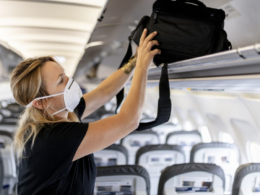