WASHINGTON (Fwrd Axis) — After a historic day in Washington, Ukrainian President Volodymyr Zelenskyy capped off his visit with a speech to a joint session of Congress and made clear his country will never give up to win its war with Russia.

Earlier in the day, Zelenskyy met with President Joe Biden, who pledged to provide aid and support to Ukraine “as long as it takes.”

Zelenskyy pleaded with the U.S. Congress for their support for his people and vowed a combination of “Ukrainian courage and American resolve” can defend global democracy.

“Your money is not charity. It is an investment in global security and democracy that we handle in the most responsible way,” he said. “Let the world see that the United States is here.”

Zelenskyy’s words appeared to be targeted at Republican lawmakers, who will take over the House of Representatives in January, where some Trump-aligned GOP members have promised to stop aid to Ukraine.

“Your decisions can save millions of people,” Zelenskyy said.

Zelenskyy spoke in front of ongoing House Speaker Nancy Pelosi (D-Calif.) and Vice President Kamala Harris after entering to thunderous applause from lawmakers as the Ukraine President began to tear up.

“Ukraine is alive and kicking,” he said. “Ukraine holds its lines and will never surrender.”

The trip to Washington marks the first for Zelenskyy since the invasion began.

“I hope my words of respect and gratitude resonate in each American heart,” Zelenskyy said.

Zelenskyy said the war is far from over and warned if Russia isn’t stopped now, their destruction will continue far beyond Kyiv.

“It’s just a matter of time before they strike against your other allies,” Zelenskyy said.

Zelenskyy’s words come as Republicans threaten to stop the aid to Ukraine and some GOP lawmakers failed to stand when the Ukraine President spoke. Most notable were Matt Gaetz (R-FL) and Lauren Boebart (R-CO).

“We’ll celebrate Christmas even without electricity — the light of our faith and ourselves will not be put out,” he said. “We will still sit down at the holiday table, and we don’t have to know each other’s wish — it is all the same for Ukrainians: victory.” 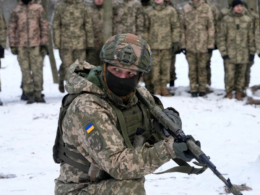 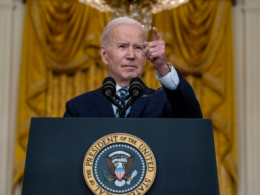