WASHINGTON (Fwrd Axis) — President Joe Biden said the United States will stand with Ukraine “as long as it takes” following a historic meeting at the White House as the country is set to begin a brutal winter of war with Russia.

Speaking at a joint press conference following his meeting with Ukrainian President Volodymyr Zelenskyy, Biden said the U.S. will give its “unequivocal and unbending support” and promised to provide Ukraine with the Patriot missile battery it requested.

Biden also took a shot at Russian President Vladimir Putin for targeting civilians during the war.

“It could end today if Putin had any dignity at all, did the right thing, and just pulled out,” Biden said. “We understand in our bones that Ukraine’s fight is part of something much bigger.”

The extraordinary face-to-face meeting comes amid Russia’s ongoing war in Ukraine and a month before Republicans take over the House of Representatives, where some Trump-aligned GOP members have promised to stop aid to Ukraine.

“We need to survive this winter. I know that American leadership will be strong. … Regardless of the changes in the Congress, I believe there will be bipartisan and bicameral support,” Zelenskyy said.

Prior to the press conference, Biden and Zelenskyy met privately in the Oval Office. The Ukrainian president gave Biden a military medal he said a Ukrainian soldier wanted him to have.

Before departing back to Ukraine, Zelenskyy will speak to a joint session of Congress to plead for continued support from the United States and its allies with changes expected in the new year.

“It’s an honor to be by your side in the united defense against what is a brutal, brutal war being waged by Putin,” the president said. 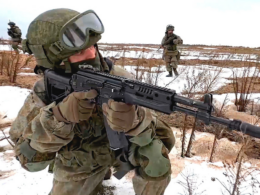 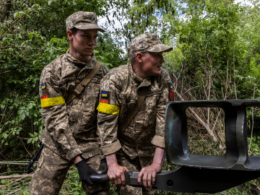 The news comes as the White House has been under pressure for weeks from Ukraine for the U.S.-made system.
byStephen Michael 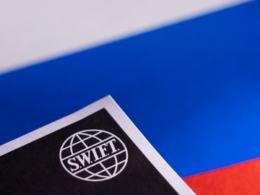