(Fwrd Axis) — America’s Got Talent continued on Tuesday night with more acts dazzling with judges and possibly one of the best golden buzzer acts in show history.

Here are the best and worst acts from the fourth week of auditions:

Without a doubt, production saved the best for last. Dance group The Mayyas were the night’s final act and blew everyone away. The Lebanon-based dance group were out to prove that they are strong Arab women. Their routine was on point and the choreography was some of the best on the AGT stage.

It was so impressive that judge Sofia Vergara slammed on her golden buzzer, sending the women straight into the live shows later this year.

We could all use a little more laughter and this Georgia comic brought the laughs on Tuesday. Lace Larrabee performed a great set filled with jokes that roasted her parents and threatened to send them to a “cute little nursing home.”

Lace earned a standing ovation from the judges and audience, getting four yeses to advance into the next round.

The 19-year-old blew everyone away with her voice, singing “I See Red”. Prior to her performance, she said she wants to prove that talent can come in all shapes and sizes, she proved that with her performance that earned her four yeses into the next round.

While I found myself laughing at this act, it is not Vegas-worthy. He performed a dance-magic fusion act to “Chai Tea with Heidi,” which is judge Heidi Klum’s latest song. Howie, Heidi, and Sofia all loved it and Jannick received four “Yeses” from the judges.

Let’s see how long he lasts but he may be one of those that could make it into live shows.

America’s Got Talent airs Tuesdays at 8/7c on NBC and streams on Peacock. 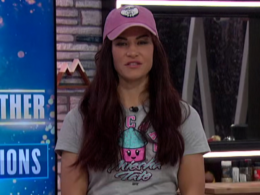 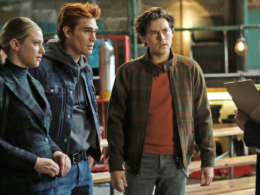