During the first leg of the U.S. Tour, Bon Iver will be joined by Dijon, and on the second by Bonny Light Horseman.

Following a weekend in which Bon Iver fully returned to the stage for the first time in nearly two years, the Justin Veron-led band on Monday announced dates for their 2022 U.S. Tour.

“Gather up & sing together. We’re excited to announce our US tours in spring and summer of 2022! We’ll be joined by special guests @dijondijon_ and @bonnylighthorseman in the spring and summer, respectively,” the group wrote in a post on their social feed. 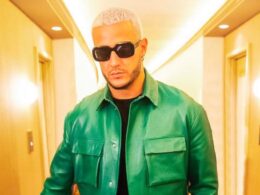