All Republican witnesses said Trump’s claims of fraud were outlandish.

WASHINGTON (Fwrd Axis) — The House committee investigating the January 6, 2021, attack on the US Capitol continued its public hearings on Monday with testimony from those closest to former President Donald Trump, who told him he lost the 2020 election but refused to listen.

Despite being one witness short, the committee heard testimony from a Fox News digital politics editor, a conservative lawyer, a former US attorney, and a former Republican election official — who all said Trump’s claims of fraud were outlandish.

In case you missed it, here are four main takeaways from Monday’s public hearing:

The day of Barr

Without question, former attorney general Bill Barr was the star of Monday’s hearing, detailing how he advised Trump the election was over and he had lost, calling his claims of fraud “bullshit”. Monday saw Barr debunking and condemning Trump’s lies about the 2020 election.

The first two hearings have shown Barr become the highest-ranking Trump administration official to disavow Trump’s effort to steal the election. The former AG debunked Trump’s claims of so-called illegal “vote dumps” in Detroit and vote-rigging by Dominion with its election machines.

“Right out of the box on election night, the President claimed that there was major fraud underway,” Barr said in taped testimony. “I mean, this happened, as far as I could tell before there was actually any potential of looking at the evidence.”

Barr said the theories Trump supported were “idiotic” “amateurish” and “detached from reality.” Unprompted, he slammed the documentary “2000 Mules”, the film created by right-wing activist and convicted felon Dinesh D’Souza, which claims that the 2020 election was stolen.

“It was completely lacking in evidence,” he said.

Trump committed “the big rip off”

Before the committee adjourned for the day, Rep. Zoe Lofgren played a video that showed Trump benefited from his election lies in the form of millions of dollars in fundraising for Trump’s campaign and the political action committee he created.

The January 6 committee made the case that Trump ripped off his supporters for $250 million in donations that were set to Trump and his allies to fight the ‘election fraud’. However, the “official election defense fund,” did not exist.

“The ‘Big Lie’ was also a big rip-off,” Lofgren, a California Democrat, said.

Trump was repeatedly urged to not declare victory

The committee began the day by providing a detailed account of what it was like inside the Trump White House on election night in November. With votes still being counted, Trump and his allies were debating what he should say to his supporters and the American people.

Bill Stepien, Trump’s campaign manager, suggested Trump go out and deliver a typical politician statement until it was clear who had won. However, the President did not listen to his campaign manager.

“He thought I was wrong. He told me so,” Stepien said in taped testimony.

“‘We won. They’re stealing it from us,” Miller claimed Giuliani said. “We need to go say that we won.’ And, essentially, that anyone who didn’t agree with that position was being weak.”

“We called them kind of my team and Rudy’s team,” Stepien said in deposition video. “I didn’t mind being characterized as being part of Team Normal.”

The committee traced those divides all the way back to election night when Stepien and other aides were telling Trump it was too early to call the race, while Giuliani was pushing for the President to declare victory.

“I mean, the mayor was definitely intoxicated,” Miller said of Giuliani. “But I did not know his level of toxic intoxication when he spoke with the President, for example.”

The next committee hearing is scheduled for Wednesday morning at 10 AM ET. 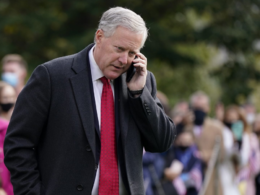 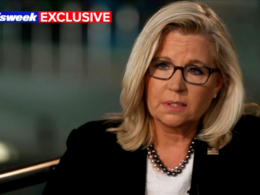