This episode is basically Riverdale’s attempt at “It’s A Wonderful Life”.

(Fwrd Axis) — Riverdale continued on Sunday night and took things to a new level as Tabitha was transported back in time with Percival Pickens’ threat over the town growing larger.

The episode kicks off with Percival announcing his plan to run a privately owned railway, which means goodbye for Pop’s. However, Tabitha is not giving up her family’s store without a fight. It took longer than expected but Tabitha figures out Jughead can hear her thoughts, so he suggests making Pop’s a historical landmark.

Before Tabitha can do that, she is shot by a thug and transported back in time to Christmas Eve 1944. This episode is basically Riverdale‘s attempt at “It’s A Wonderful Life“. In 1944, Tabitha is met by Rafael, her guardian angel who looks like Jughead. Instead of helping her straight up, he gives Tabitha “homework”, telling her to read The Enigma of Time Travel.

Once she reads the book, Tabitha discovers she has the power to time travel because she got shot. Yeah, it doesn’t make sense to me either. Even in 1944, Tabitha is finding herself at odds with Percival, who suggests all Black people should have to leave the town limits by sundown.

Tabitha meets Tracy (Toni), Flynn (Fangs), and their child on the run from Centerville because Percival is trying to arrest them. Tabitha agrees to help them by having Rafael show his true form and therefore make them go insane. It works! This is where things get weirder because Percival comes in and shoots Tabitha, sending her to 1968.

Once there, Tabitha tries to save Martin Luther King Jr. before he’s assassinated. If you thought it couldn’t get weirder, you’d be wrong. Percival tells Tabitha that she has until 6 p.m. to clear out Pop’s and she responds by calling J. EDGAR HOOVER. Cutting to the chase here, Percival bombs Pop’s and that sends Tabitha to 1999, where a bunch of white supremacists are vandalizing Pop’s.

As if it wasn’t obvious enough, this is where Tabitha pieces together that Percival is freaking racist.

Here is when Percival tries to fight Tabitha to prevent her from getting the Holy Grail. He shows a glimpse of his real face and I got Lucifer vibes. She ends up winning this round, drinking a milkshake out of the Holy Grail to return herself to the present day.

Once back in the normal time period, Tabitha informs Jughead, Betty, Archie, and Cheryl about what she learned and Riverdale’s fate in the future. Now the gang is gearing up to fight Percival to save the town.

What a wacky and weird episode and that’s saying something considering how Riverdale has gone over the past few seasons. 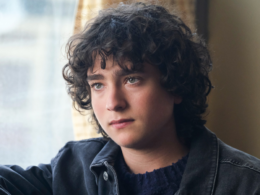 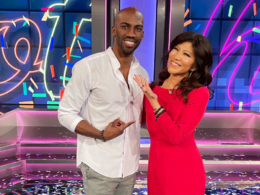