Lipa recently sat down with Vogue for a wide-ranging interview on everything from her tour, personal life, next album, and more.

“Everyone has their own version of spirituality,” she says. “Sometimes when you talk about it, it can sound cliché. But for me, God is just what you put out there and what you get back. I’m trying to bring people together with music, trying to bring light, you know? There’s a cosmic element to sharing songs that make people feel seen or understood.”

During every single show, Lipa makes a point to not only thank her fans for their love and support but also look into the crowd — amazed each time at what she sees.

“I didn’t get to see people’s reaction to the album in real life,” she said. “So being on tour and seeing the crowds is like, Oh, it was a really big album. I get so excited seeing people coming together as a collective.”

Dua Lipa’s second album Future Nostalgia made songs “Don’t Start Now,” “Physical,” “Break My Heart” and “Levitating” worldwide hits and household names. Lipa revealed her third album is on the way and fans can expect some growth from the singer.

“It’s like I’m coming into my power and not afraid to talk about things,” she said of her untitled third album. “It’s about understanding what I want.”

Lipa had a career-best Billboard top 15 debut with Megan Thee Stallion with their collaboration on hit song “Sweetest Pie”, showing the future is bright for both women.

“A lot of ladies can be divas,” Stallion said. “But Dua is just so nice. She felt like a familiar spirit. We have an unspoken bond, it’s not even anything we need to discuss.”

While this is not in the Vogue interview, it is headline-worthy. Jack Harlow released his new album ‘Come Home The Kids Miss You’ on May 6 and one of those songs was titled “Dua Lipa”.

Lipa has not commented on the song publicly but Harlow said he called the singer to tell her about it.

“I wanted to get her blessing, so I FaceTimed her and played it for her because I didn’t want her to be blindsided by that or feel like creeped out or anything,” he said. “She was like, ‘Oh, I mean it’s not my song. I suppose it’s OK.’ She was just kinda thrown off and she just kinda let it go.”

Five months following her split from Anwar Hadid, Lipa is focusing on herself moving forward and enjoying life as a single woman.

“The next chapter of my life is about truly being good with being alone,” she told Vogue.

“Some people on the internet were like, ‘Oh, Dua went out for dinner on her own, blah blah, I do this all the time,” she said. “And I think that’s amazing if you do it all the time. You must be so confident. But it was a big step for me. I was nervous—like, what am I gonna do? I don’t want to be on my phone.” 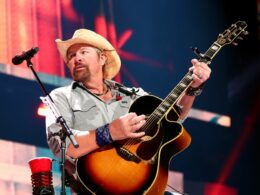 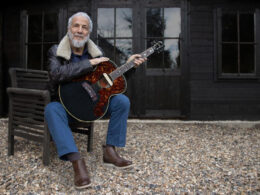 NASHVILLE, TN (June 28, 2022) For 128 years, Gibson has shaped sound across generations and genres of music, becoming one of the most relevant, played, and loved…
byD. S. Bradford
Read More