‘Some people have no shame’: Biden pulled out a list GOP lawmakers who voted against the bill.

CLEVELAND, Oh. — President Joe Biden made a stop in Cleveland on Thursday to promote his jobs plan and took a moment to slam Republicans for promoting his Covid-19 bill despite voting against it.

Speaking at Cuyahoga Community College, Biden pulled out a list of GOP lawmakers who voted against the bill and are now promoting it.

“My Republican friends in Congress — not a single one of them voted for the rescue plan. I’m not going to embarrass any one of them, but I have here a list about how back in their districts, they’re bragging about the rescue plan,” Biden said. “I mean, some people have no shame,” he chuckled.

“If you’re going to try to take credit for what you’ve done, don’t get in the way of what we still need to do,” he added.

The American Rescue Plan became law in March after passing through Congress with no Republican support. The massive $1.9 trillion coronavirus relief plan has specific programs that GOP lawmakers have supported, including restaurant relief program and grants for community recreation centers.

Biden was in Cleveland to promote his infrastructure plan. The Cuyahoga Community College was the site of a canceled campaign rally in March 2020 due to the pandemic.

“There would be no rally that night. A long, dark year was about to descend on all of us,” Biden said. “Fourteen months later, we made it to campus.

The White House and the President have both publicly said gaining the support of the majority of Americans could help get the support from congressional Republicans or at the very least give Democrats momentum to push through the plans on a party-line vote.

Biden has been pushing Republican lawmakers the last few weeks to support a combined $4 trillion in spending but is prepared for Senate Democrats to pass legislation without GOP support.

“We’ve turned the tide on a once-in-a-century pandemic. Now we’re faced with a question. What kind of economy are we going to build for tomorrow? What are we going to do?” Biden said. “I believe this is our moment to rebuild an economy from the bottom up and the middle out. Not a trickle-down economy.”

Thursday saw Republicans present another counteroffer to the White House: a $928 billion infrastructure plan. However, that figure is still far off from the White House’s last offer of $1.7 trillion.

The GOP counterproposal came after the White House sent a plan to Republicans that lowered the figure from $2.2 trillion to $1.7 trillion. 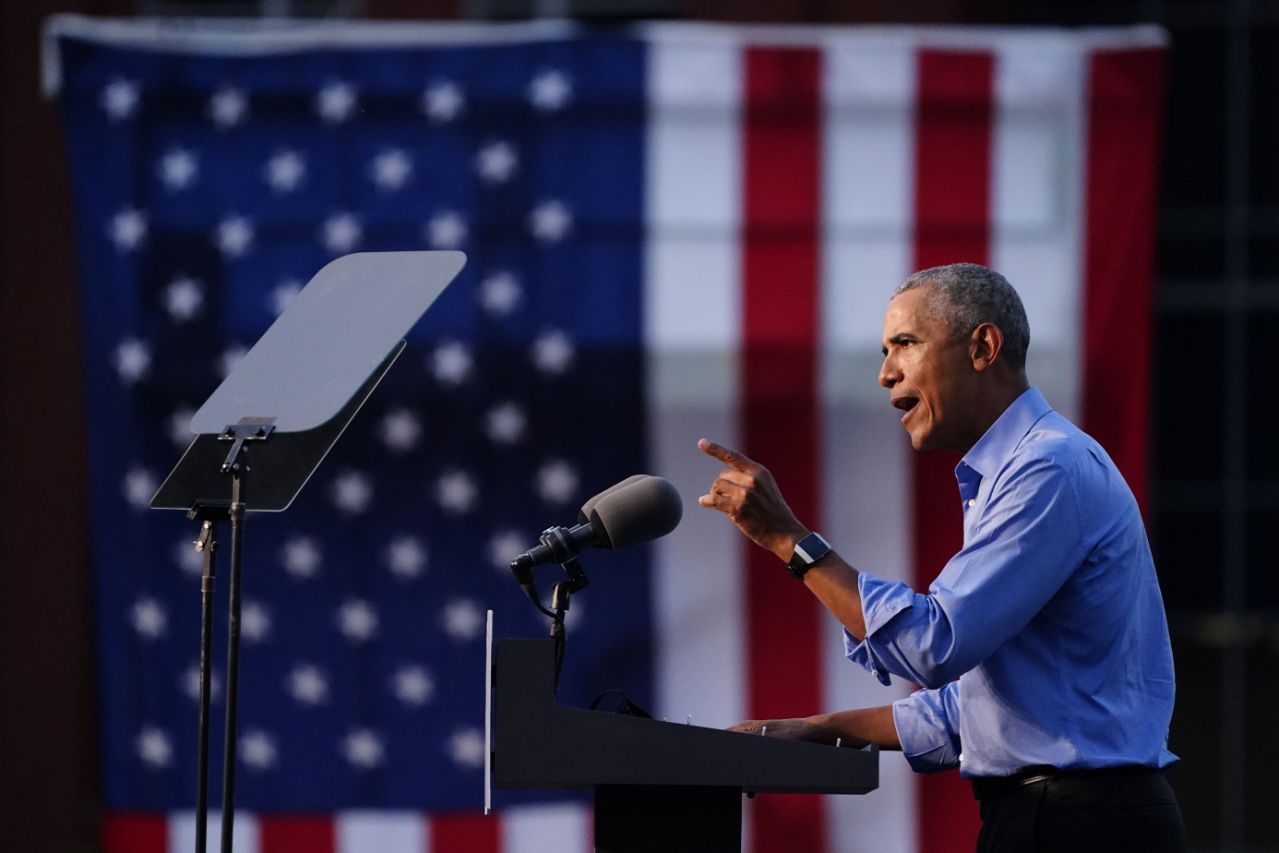 Trump held a "Save America" rally early Wednesday morning, pushing the Senate to not certify the election for President-elect Joe Biden.
byStephen Michael