Grassley made the announcement on Twitter, saying he and his wife came to the decision together.

After months of speculation, U.S. Senator Chuck Grassley (R-IA) announced on Friday morning that he will run for re-election and seek another term in the United States Senate.

Grassley made the announcement on Twitter, saying he and his wife came to the decision together.

“It’s 4 a.m. in Iowa so I’m running,” he said in the tweet. “I do that 6 days a week. Before I start the day I want you to know what Barbara and I have decided. I’m running for re-election—a lot more to do, for Iowa. We ask and will work for your support.”

The 88-year-old has been debating to retire or run for another term for months, keeping the political world in suspense for over a year. Grassley will hold several public events on Friday around Iowa and will join Republican Gov. Kim Reynolds in Des Moines on Saturday at her annual Harvest Festival fundraiser.

“Serving Iowans in the United States Senate is a tremendous honor,” Grassley said in a statement. “I’m working as hard as ever for the people of Iowa and there’s more work to do. In a time of crisis and polarization, Iowa needs strong, effective leadership. I’m focused on serving the people of Iowa as your senator and fighting for policies that will make Iowa an even better place to raise a family and grow a business.”

There is no doubt that Grassley’s decision is a win for Republicans, who are seeking to take control of the U.S. Senate. Currently, the chamber is split 50-50, with Vice President Kamala Harris casting the tie-breaking vote in favor of the Democrats.

President Joe Biden’s administration is facing a big test ahead of the midterms next year. Biden’s infrastructure bill while completing a sweeping $3.5 trillion package for social spending is on the line in the House and Senate. If they are passed, it could tilt the midterms in favor of the Democrats.

Grassley’s announcement comes as several Republicans have said they are retiring. The list includes Roy Blunt of Missouri, Rob Portman of Ohio, Richard Burr of North Carolina, Pat Toomey of Pennsylvania, and Richard Selby of Alabama. 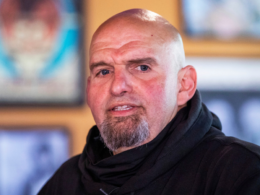 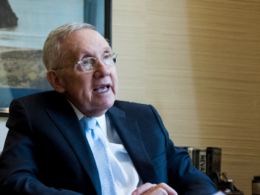