Harding first revealed last August she had been diagnosed with breast cancer.

LONDON — British singer Sarah Harding has died following a battle with breast cancer at age 39, her family has confirmed.

“It’s with deep heartbreak that today I’m sharing the news that my beautiful daughter Sarah has sadly passed away. Many of you will know of Sarah’s battle with cancer and that she fought so strongly from her diagnosis until her last day. She slipped away peacefully this morning,” Harding’s mother said in a statement.

Harding, best known for her time with the English chart-topping band Girls Aloud, first revealed last August she had been diagnosed with breast cancer.

Harding released a book last March titled “Hear me out”, where she went into detail about her cancer battle.

“There’s no easy way to say this and actually it doesn’t even feel real writing this, but here goes. Earlier this year I was diagnosed with breast cancer and a couple of weeks ago I received the devastating news that cancer has advanced to other parts of my body, ” Sarah wrote.

Harding rose to fame as a member of the British pop group Girls Aloud, who rose to fame in 2002 on ITV’s talent show Popstars: The Rivals. The group went on to become the biggest selling girl group of the 21st century, with over 4.3 million singles sales and 4 million albums sold in the UK alone.

Harding appeared on Channel 5’s Celebrity Big Brother UK in 2017, where she had a romance with former Bachelorette star Chad Johnson. Both she and Johnson made it to the show’s finale and Harding was voted the winner of the show by the British public.

Johnson and Harding’s romance did not last long outside of the house, with the pair splitting shortly after Johnson returned to the states. 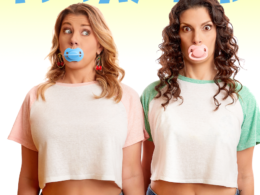 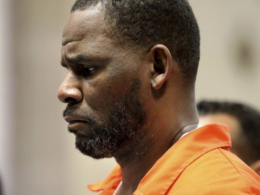