The Sun is reporting Gilligan is now “near the top” of ITV2’s wishlist for the presenter role but stressed nothing is confirmed at this stage.

(Fwrd Axis) — Comedian Mo Gilligan is one of the most sought-after names in British television and ITV reportedly have their eye on him to host the possible revival of Big Brother UK.

The Sun is reporting Gilligan is now “near the top” of ITV2’s wishlist for the presenter role but stressed nothing is confirmed at this stage. Bosses are allegedly looking for a fresh face, wanting to be seen as a new era of the show and not a continuation of the versions on Channel 4 and Channel 5.

Davina McCall hosted the show on Channel 4 from 2000 until it ended its run in 2010. Once Channel 5 took over, former winner Brian Dowling took over the presenting role for one year before Emma Willis hosted from 2013 until its cancellation in 2018.

McCall and Rylan Clark, who hosted the spinoff show Bit On The Side, were the top picks from fans to become the host of the ITV2 version. However, bosses have different ideas in mind.

“Although Rylan and Davina have that in bucketloads, producers are keen to make a fresh start with the show,” a source told the tabloid. “So they want a host who is not associated with the reality show’s previous incarnations.”

Gilligan hosted the BRIT awards earlier this year and he is no stranger to ITV, having been a judge on The Masked Singer and The Masked Dancer. He will also be hosting a reboot of The Big Breakfast with AJ Odudu later in the year.

“He has the one thing that any Big Brother needs — pure on-screen energy,” the source said of Mo Gilligan.

The news comes after Willis said last month she would not be interested in returning to host the revival and went further, saying she believes it is too early to bring the show back.

“I’ve said goodbye and let it go, so it would need someone new,” she said on This Morning. “I had a good run at it. With every reincarnation, it should have a new host. I think it’s still too soon to come back.”

ITV has declined to comment on the rumours of a new revival of Big Brother UK being in the works. 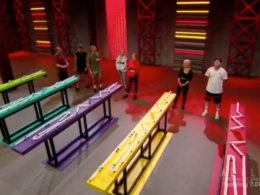 Ellie and Dayne put up a sweat to earn their way back into Big Brother's hotel -- but who checked back in?
byStephen Michael 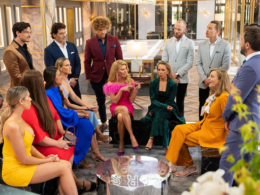 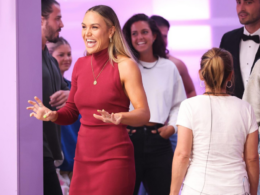 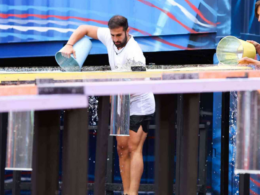