In case there was any doubt, this season’s villain on DC’s Stargirl is not only evil but racist as well.

In case there was any doubt, this season’s villain on DC’s Stargirl is not only evil but racist as well. That was on full display in Tuesday night’s episode of the show as Beth came face to face with her biggest fears.

The episode kicks off on the Fourth of July with Rick’s teacher coming over to apologize for accusing him of cheating. She tells him it would be best for him to apply for college but his uncle scoffs at the idea. A frustrated Rick heads into the woods and talks to Solomon Grundy, who seems to understand his anger.

Later Rick hears on the radio that a “bear” was in the woods and had killed a young girl. Knowing this was Grundy, Rick calls Pat to get his help in finding Grundy before someone decides to kill the monster he had been helping.

Meanwhile, Beth had another encounter with Dr. McNider, who tells her he is still alive. However, he’s stuck in the shadowscape. Later Beth’s parents decide to sit down and explain to her why they are getting divorced. “It’s because of you,” her dad says coldly. When Beth sees her food with worms on it, she freaks out and rushes out of the house.

Beth goes to visit Courtney, who has gone with Pat to help Rick with Gundy in the woods. That’s where she comes face to face with creepy Bruce aka Eclipso.

“You’re Beth Chapel. A liar and a thief,” he says, showing her the goggles as evidence she stole something. Beth chases Bruce up the stairs and realizes that he is actually Eclipso. He tells Beth she is nothing to the JSA and tries to manipulate her.

“The staff chose Courtney, Courtney chose Yolanda, Rick’s dad chose him…. But no one chose you, he says. “You’re all wrong” to be a hero. “Wrong age. Wrong gender…. Wrong color.”

Beth labels him a racist and she continues to follow him through a maze of hallways. He grabs her arm and tries to force her to admit her fear and insecurity but she refuses to give into the demon.

“I’m strong, I’m proud… and I chose myself to be Doctor Mid-Nite,” she declares. “I chose me. Oh, and I love being Black!”

As a result, Beth finds herself back in her living room. Her parents truly do tell her she can do anything she sets her mind to, thus she decides to become the new Doctor Mid-Nite.

Meanwhile, back in the woods, Rick is on the hunt for Grundy. Courtney and Pat find the missing girl but we viewers know Rebecca McNider is Eclipso’s first victim (that we know of). Courtney soon realizes that all this is Eclipso. “Rebecca” opens her eyes and disappears quickly, leaving Pat astonished. Rick finds Grundy outside his home and begins to beat him up. Courtney arrives in time and zaps Rick with her staff, telling him it is not Grundy. After he comes to, Rick realizes it was actually his uncle he was beating.

As the episode ends, we see Rick in the back of a police car. Barbara and Mike at talking back at the Whitmore house and we see frost beginning to glaze over the windows. Eclipso isn’t done yet.

‘Big Brother’ Recap: After Making History, The Cookout Begins To Turn On Each Other

After the Cookout Alliance made history last week, it was time for them to turn on each other in Sunday night’s Big Brother.
byStephen Michael 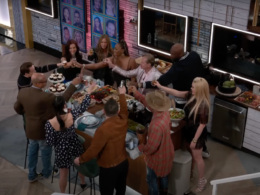 The celebrities were locked away and Big Brother has given them a three-week supply of energy drinks to keep them going.
byStephen Michael
No comments 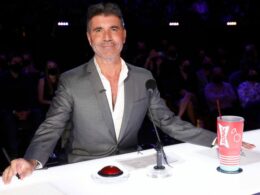