(Fwrd Axis) – The highly anticipated premiere of The Challenge USA took place on Wednesday night as reality stars from CBS shows took on the toughest competitions of their lives to win $500,000.

Host T.J. Lavin welcomed the newest crop of contestants from Survivor, Big Brother, Love Island, and The Amazing Race to the show, telling them they were about to enter the toughest competition of their lives. T.J. explains each of them will start out with $1,000 in their individual challenge bank accounts, and they can add to that total by winning challenges or eliminations.

But that isn’t enough to get into the final, that amount must be $5,000 at minimum. Then the house gets acquainted with each other. On the Big Brother side, Xavier is there with his cookout alliance Tiffany, Azah, and Kyland. However, Alyssa and Derek are out for revenge since they were blindsided last season.

Meanwhile, Survivor‘s Ben gave up his game for Sarah when they played together on Winners at War. With the Love Island side, Cashel and Kyra and Cinco and Cashay all have drama from their season, so that will be something to watch.

Anyway, on to the very first challenge of The Challenge USA. T.J. explains the challenge is called “down to do math” which will see the competitors rappel down a 22-story building, solving a series of math equations the entire way. Once they are at the bottom, players have three chances to enter their answers to the equations. If they fail, they must run up all 22 flights of stairs and start again.

Before that, T.J. drops another twist: the players will be paired up this season and so everyone must choose who they want to work with.

The pairs are Tyson and Angela, Cayla and David, Xavier and Tasha; Ben and Alyssa; Kyland and Azah; Tiffany and Leo; Domenick and Justine; Cashel and Kyra; Desi and Cinco; Sarah and Enzo; Javonny and Cely; Derek and Cashay; James and Shannon; and Danny and Shan.

The challenge begins and everyone has a good run at it apart from Kyland and Azah. They fail to answer the question correctly, which sees them run all the way back to the top to start again. While they do answer it correctly on the fourth try, Azah isn’t feeling too well and collapses. T.J. reveals Tyson and Angela finished in the fastest time and were the lone pair safe from elimination. For coming last, Kyland and Azah went straight into the arena.

Back at the house, discussions are underway and it’s agreed upon that since the winning pair has a Big Brother player and a Survivor player that those shows should be untouchable, leaving Love Island and The Amazing Race. Tyson and Angela speak to Kyland and Azah, asking who they would want to face in the elimination. They respond with Shannon and James.

At the elimination, Tyson and Angela voted Javonny and Cely into the elimination after a conversation with James. T.J. returns and explains the challenge: Knot So Fast, a Challenge classic. Players had to weave 250 ft. of a giant rope through a pyramid structure to make it as difficult for their opponents to untangle. After 20 minutes, they switch and try to undo it.

Azah really struggled, leaving Kyland to do a majority of the work. Meanwhile, Cely looks like she’s already exhausted on the other side. In the end, Azah and Kyland get the win and add $1,000 each to their personal challenge accounts.

Oh, and T.J. has one more twist for everyone. A computer-generated algorithm will randomly pick the teams each week and that leaves everyone scrambling for cover.

The Challenge USA airs Wednesdays at 9/8c on CBS and streaming on Paramount+. 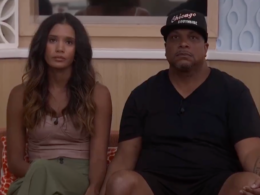 Hale became a key cog in the Leftovers alliance that would blindside the house to send Ameerah Jones packing.
byStephen Michael 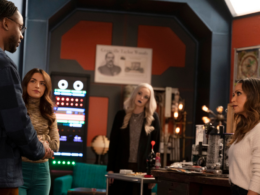 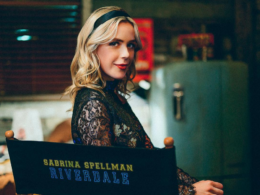