In case you missed it, here are three highlights from Day 1 of proceedings:

From the moment the hearing kicked off, you could tell the difference in approach. Democrats focused on the nominee and several Republicans vented their grievances about the past and spoke about the supposed “dark money” in the process.

“Most of us couldn’t go back to our offices during Kavanaugh without getting spit on,” Graham said.

Ted Cruz (R-TX) said the Kavanaugh hearing was “one of the lowest moments in the history of this committee”. He went deep into the history books, discussing the 1991 confirmation process of Clarence Thomas and the 1987 process for Robert Bork.

Several Republicans speaking Monday are also reportedly mulling a run for president in 2024. They used the opportunity to audition for why they plan to run for office, an audition tape if you will.

Cruz, Sen. Tom Cotton (R-Ark.,) and Sen. Josh Hawley (R-Mo.) all used the speaking to hit popular talking points with Republican leadership. Cruz spoke about the falsehood that Democrats want to “abolish the police” and promoted his podcast.

Cotton went on to speak about the popular Republican talking point of “racist vitriol known as critical race theory” and slammed the Biden administration for their border policy on “catch and release” and Covid-19.

It’s expected to be a heavy news week with President Joe Biden traveling to Brussels. Sen. Amy Amy Klobuchar (D-Minn.) spoke and said the hearing “comes at a moment in our history when the people of this country are once again seeing, this time in Ukraine, that democracy can never be taken for granted.”

“I have been a judge for nearly a decade now, and I take that responsibility and my duty to be independent very seriously. I decide cases from a neutral posture,” Jackson said. “I evaluate the facts, and I interpret and apply the law to the facts of the case before me, without fear or favor, consistent with my judicial oath.” 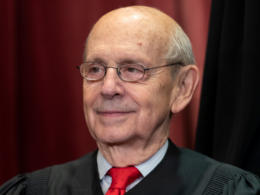 Breyer, 83, is the oldest member of the court and was nominated by former President Bill Clinton back in 1994.
byStephen Michael
No comments 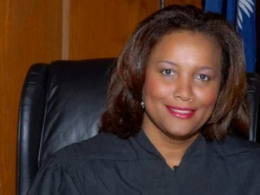 Childs is a judge on the U.S. district court in South Carolina and is the first person to be publicly identified as a possible nominee.
byStephen Michael
No comments 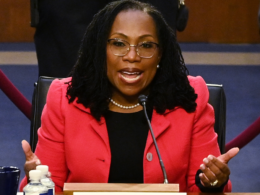 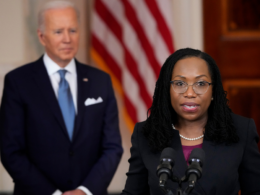