Jeffrey Zients said the administration will miss its goal to vaccinate 70 percent of all U.S. adults by July 4.

WASHINGTON — The White House said Tuesday it will likely not meet President Joe Biden’s goal of 70 percent of American adults getting at least one dose of the Covid-19 vaccination by Independence Day.

The White House Covid-19 response team held a press briefing on Tuesday and Jeffrey Zients, the head of the response team, said the administration will miss its goal to vaccinate 70 percent of all U.S. adults by July 4.

“The reality is, many younger Americans have felt like Covid-19 is not something that impacts them and have been less eager to get the shot,” he said.

Zients said they have hit their 70 percent vaccination target among Americans ages 30 and older but it will take time to reach those between 18-29.

Still, the White House is calling the 65 percent with at least one dose of the vaccine as something to celebrate because it is something few could have thought possible when Biden took office five months ago.

Back on May 4, Biden set two public goals. The first, seeing 70 percent of all U.S. adults with at least one dose of the vaccine and the second being 160 million Americans fully vaccinated by then. Zients said the second goal won’t be reach until mid July at the latest.

“If we succeed in this effort, as we did with the last, then Americans will have taken a serious step towards a return to normal,” Biden said back in May.

The White House is planning to host an Independence Day celebration and welcome 1,000 armed forces and front-line workers.

“We have built an unparalleled, first-of-its-kind, nationwide vaccination program. And as a result, we have successfully executed the most complex, logistical task in history — administering 300 million shots in 150 days,” Zients said Tuesday.

In an effort to get more Americans vaccinated, the administration has begun to warn about the dangers of the more contagious and potentially deadlier delta variant, which is expected to be the main variant in the U.S.

“With the Delta variant now spreading across the country and infecting younger people worldwide, it is more important than ever that they take this important step,” Zients said. 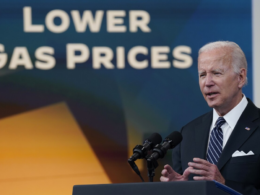 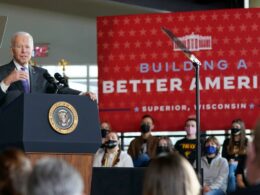 The President celebrated legislative successes from his first year in office and made a commitment to address key issues like rising prices.
byStephen Michael