The news comes after two other batches of documents that had been disclosed, bringing the total number to three.

More classified documents from the Obama administration were found in President Joe Biden’s Delaware home this week, the White House said Saturday amid the appointment of a special counsel to investigate the matter.

The news comes after two other batches of documents that had been disclosed, bringing the total number to three: a “small” number in a Washington office Biden previously used, another set in the garage of his residence, and six pages in a room near the garage.

White House counsel Richard Suaber released a statement confirming the news, saying they were quickly turned over to the Department of Justice.

“Because I have a security clearance, I went to Wilmington Thursday evening to facilitate providing the document the President’s personal counsel found on Wednesday to the Justice Department,” Suaber said. “While I was transferring it to the DOJ officials who accompanied me, five additional pages with classification markings were discovered among the material with it, for a total of six pages. The DOJ officials with me immediately took possession of them.”

Earlier this week, Attorney General Merrick Garland appointed former Maryland U.S. Attorney Robert Hur as special counsel to lead the investigation into the matter. The White House has said it will continue to cooperate with the investigation.

Garland along with Biden’s lawyers said the first set of documents were found on November 2 at the Penn Biden Center for Diplomacy and Global Engagement in Washington. Biden’s aides then found a small number” of additional records in Biden’s garage and reported it on December 20. All documents were turned over to the National Archives.

The White House has faced pressure to answer questions regarding the handling of classified documents and has struggled to provide answers to the American people. Press secretary Karine Jean-Pierre on Friday declined to answer questions on the subject, referring to the Department of Justice.

“There is a process here. The Department of Justice is independent. We respect that process,” she said. 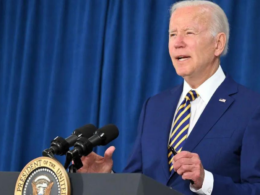 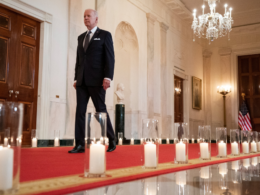