Biden said the pace to get everyone out of Afghanistan will depend on the Taliban’s continued cooperation.

WASHINGTON — President Joe Biden on Tuesday said the United States is currently on track to meet the August 31 withdrawal deadline for U.S. troops to leave Afghanistan, setting up a frantic finish to evacuate Americans and Afghan allies.

Speaking from the White House, Biden said the pace to get everyone out of Afghanistan will depend on the Taliban’s continued cooperation in allowing people to access the Kabul airport.

“We are currently on a pace to finish by August the 31st. The sooner we can finish, the better,” Biden said. “Each day of operations brings added risk to our troops.”

Biden added he asked the Pentagon and the State Department to prepare contingency plans to stay in Afghanistan longer if needed.

The pace of evacuations has increased in recent days after a hectic start to the process. As of Tuesday night, the United States has evacuated 21,600 people from Kabul across 37 U.S. military flights.

Over the past ten days, the United States has evacuated and facilitated the evacuation of approximately 70,700 people, a White House official told FWRD AXIS. During a 12-hour period on Tuesday, approximately 12,000 people were evacuated from Kabul.

Biden has been the subject of criticism over the past few weeks both at home and abroad for how he has handled the withdrawal after the Taliban quickly took control of Afghanistan, leaving Americans and Afghans who helped the U.S. scrambling to depart the country.

The military advised Biden that he needed to make a decision to whether to extend the withdrawal deadline by Tuesday or stick to that August 31 date.

“The sooner we finish the better,” Biden said. “Each day of operations brings added risk to our troops.”

Taliban spokesman Zabihullah Mujahid accused the U.S. of instigating Afghans to leave the country in a press conference on Tuesday. The group said they would now block access to the airport in Kabul but will allow foreigners to go.

“We are not going to allow Afghans leave, and we will not extend the deadline,” he said, according to a translation from the BBC.

“August 31 is deadline announced by them,” the Taliban spokesman said. “US must adhere to removing troops from Afghanistan by this date. Otherwise, it will be a clear violation.”

The Pentagon remains confident the United States can safely evacuate all Americans out of Afghanistan by next Tuesday but questions remain regarding the thousands of Afghans who assisted the war effort. 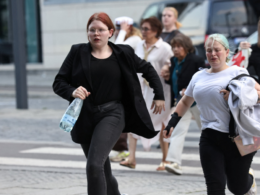 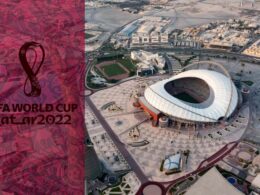 The Taliban seized Kandahar in the south and Herat in the west and have taken over nearly two-thirds of Afghanistan.
byStephen Michael