The statement from Biden is a notable change after he’s previously said he did not believe the Russian leader had made up his mind.

WASHINGTON (Fwrd Axis) — President Joe Biden on Friday said he is convinced Russia will attack Ukraine in the coming days, targeting the capital of Kyiv, a city with a population of 2.8 million people. He called the ongoing conflict a “rapidly escalating crisis.”

Speaking from the White House, Biden was delayed nearly an hour and said he was “convinced” Russian President Vladimir Putin has already “made the decision” to invade Ukraine.

“We believe that they will target Ukraine’s capital Kyiv, a city of 2.8 million innocent people,” the President added. “We are calling out Russia’s plans loudly and repeatedly, not because we want a conflict but because we’re doing everything in our power to remove any reason that Russia may give to justify invading Ukraine.”

Biden made clear that there would be no U.S. troops with boots on the ground in Ukraine. The statement from Biden is a notable change after he’s previously said he did not believe the Russian leader had made up his mind. He went to call out the Russian disinformation campaign leading up to a potential invasion.

“Over the last few days, we’ve seen reports of a major uptick in violations of the ceasefire by Russian-backed fighters attempting to provoke Ukraine in the Donbas,” Biden said. “It defies basic logic to believe the Ukrainians would choose this moment – with well over 150,000 troops arranged on its borders – to escalate a year-long conflict.”

The President had two important calls on Friday. One was with a bipartisan group of U.S. lawmakers who are traveling with Vice President Kamala Harris to the Munich Security Conference. The other was with European and NATO leaders.

“Despite Russia’s efforts to divide us at home and abroad, I can affirm that has not happened,” Biden said. “The overwhelming message on both calls was one of unity, determination, and resolve.”

“While of limited impact, this recent spate of cyber attacks in Ukraine are consistent with what a Russian effort could look like, and laying the groundwork for more disruptive cyberattacks accompanying a potential further invasion of Ukraine sovereign territory,” Neuberger said.

On Wednesday, the U.S. said Russia has added approximately 7,000 troops in recent days along the Ukraine border, disputing reports from Moscow that it was pulling back some of its troops.

“Every indication we have now is they mean only to publicly offer to talk, and make claims about de-escalation, while privately mobilizing for war,” a senior administration official said.

Putin claimed on Tuesday Russia was sending some troops back to base after completing drills but the U.S. did not support those claims as U.S. Secretary of State Antony Blinken said Wednesday that there is a difference between what Moscow says and what they do.

“What we are seeing is no meaningful pullback,” Blinken said on ABC.

Lawmakers have urged Biden to communicate to the American people the consequences a Russian invasion could have on the U.S. economy as well as the world.

“If Russia pursues these plans, it will be responsible for a catastrophic and needless war of choice,” Biden said Friday. 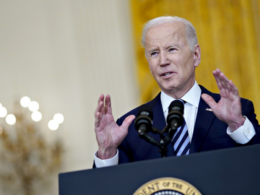 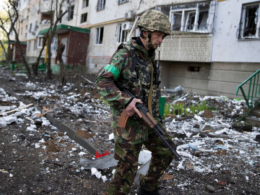 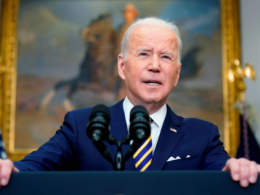