The show will feature Australia’s most talked about reality stars and celebrities as they compete to win $200,000 and represent Australia in the first ever The Challenge: Global Championship.

(Fwrd Axis) — The Challenge is coming to Australia soon and while casting rumors are out there, we have confirmation on who will be hosting the show.

Channel 10 announced Monday that Brihony Dawson has been named the host of The Challenge Australia, which will begin filming in Buenos Aires, Argentina as early as this week.

“The Challenge Australia is going to be like nothing we’ve seen before on Australian TV. It’s high impact, high intensity and will push the contestants to their absolute best,” Dawson said in a statement.

The show will feature Australia’s most talked about reality stars and celebrities as they compete to win $200,000 and represent Australia in the first ever The Challenge: Global Championship airing on Paramount+ later this year.

“Mental toughness is going to be the main attribute to get contestants through this game,” Dawson said. “There is a lot of physicality needed, but it’s the mentally strong who will ultimately be successful. All this while living in an uber luxe villa together in Argentina.”

While Channel 10 has not officially confirmed the reality stars that will compete on the show, there are plenty of rumours. Big Brother Australia 2021 winner Marley Biyendolo, The Bachelor season six star Brittany Hockley, and The Bachelor Australia season four and Bachelor in Paradise Australia Kiki Morris have all been reported as joining the cast.

Other names include Australia’s Got Talent winner Jack Vidgen, Cyrell Paul from MAFS season six, Big Brother Australia 2013 and 2022 housemate Tully Smyth, David Subritzky from I’m A Celebrity… Get Me Out Of Here! Australia, and Australian Olympic swimmer Emily Seebomh.

The Challenge: Global Championship will see the winners of the USA, Argentina, U.K., and Australia versions come together to compete against the best Challenge players to see who will be the best player in the world. All three series will stream on Paramount+ in the USA.

The Challenge Australia airs soon on Channel 10 in Australia and streams on Paramount+ in the U.S. 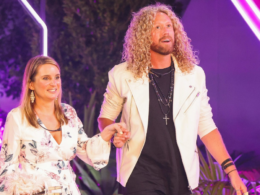 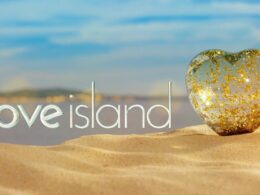 Love Island ended on a bit of a cliff-hanger yesterday, with news that tonight’s episode features another re-coupling, with the…
byMiamii Mansour 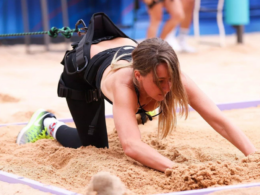