Britney Spears vindicated for now as father Jamie Spears steps down as her conservator of 13 years, as his response to petition was filed Aug. 12 in Los Angeles Court

Britney Spears‘ father, Jamie Spears, has agreed to step down from the singer’s conservatorship.

For 13 years, Britney Spears has been beholden to the conservatorship, brought about by a public breakdown in 2008. The singer has complied with the court order and has multiple times over demonstrated that she is fit to be released from the conservatorship and her father Jamie Spears.

The public back-and-forth between Britney Spears and Jamie Spears has been ongoing, with her father very recently claiming that the pop star’s personal conservator, Jodi Montgomery, stated that Britney Spears was mentally ill and needed to be placed in a psychiatric hold in a facility.

On Aug. 12, Jamie Spears responded to a petition calling for his suspension by his daughter Britney Spears in Los Angeles Superior Court, conceding his position as conservator.

There are, in fact, no actual grounds for suspending or removing Mr. Spears as the Conservator of the Estate under Probate Code section 2650. And it is highly debatable whether a change in conservator at this time would be in Ms. Spears’ best interests. Nevertheless, even as Mr. Spears is the unremitting target of unjustified attacks, he does not believe that a public battle with his daughter over his continuing service as her conservator would be in her best interests. So even though he must contest this unjustified Petition for his removal, Mr. Spears intends to work with the Court and his daughter’s new attorney to prepare for an orderly transition to a new conservator. As the Court has likely surmised, before Ms. Spears’ new attorney arrived, Mr. Spears had already been working on such a transition with Ms. Spears’ former court-appointed counsel, Sam Ingham.”

We are pleased that Mr. Spears and his lawyer have today conceded in a filing that he must be removed. It is vindication for Britney. We are disappointed, however, by their ongoing shameful and reprehensible attacks on Ms. Spears and others. We look forward to continuing our vigorous investigation into the conduct of Mr. Spears, and others, over the past 13 years, while he reaped millions of dollars from his daughter’s estate, and I look forward to taking Mr. Spears’s sworn deposition in the near future.

This is a developing story and will be updated as more information is released. 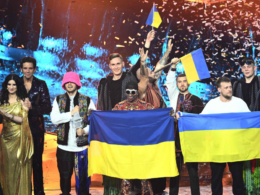 In the statement, the EBU said it understood the disappointment.
byChris Hockman
Read More