The members made clear that no final decision has been made but did say have enough evidence to make multiple referrals to the Justice Department.

(Fwrd Axis) — The members of the January 6 committee investigating the riot on the U.S. Capitol said Sunday that they could make multiple criminal referrals to federal prosecutors involving former President Donald Trump and his efforts to overturn the 2020 election.

Making their rounds on the Sunday shows, the members made clear that no final decision has been made but did say have enough evidence to make multiple referrals to the Justice Department.

Rep. Liz Cheney (R-Wyo.), who serves as the vice-chair on the panel, said on ABC’s “This Week” that the committee will come to a decision at a later time. However, she also added the Justice Department does not need for the committee to make a referral.

She also spoke about the bombshell testimony from Trump White House aide Cassidy Hutchinson, the former aide to then-Trump Chief of Staff Mark Meadows. I don’t f—ing care that they have weapons,” Trump said as he told his aides to remove magnetometers before he addressed a “Stop the Steal” rally, Hutchinson testified. “They’re not here to hurt me.”

“It’s very chilling, and I think we will, you know, continue to present to the American people what we found,” Cheney said.

When asked if she is concerned that Donald Trump is reportedly readying up to announce another bid for office, Cheney shrugged it off.

“I have greater concern about what it would mean if people weren’t held accountable for what’s happened here,” she said.

The committee has reportedly been divided on if they should refer Trump for criminal charges. Last month, chairman Benny Thompson (D-Miss.) said the committee did not have the authority to make that call, leaving it to the Justice Department.

“Our job is to look at the facts and circumstances around January 6 — what caused it — and make recommendations after that,” he said at the time.

Rep. Adam Schiff (D-CA) said on CBS’ “Face The Nation” that if Trump is not charged, it will send a signal that he is above the law. 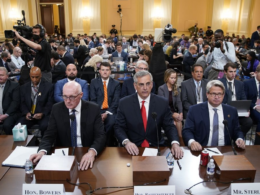 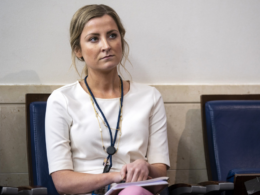 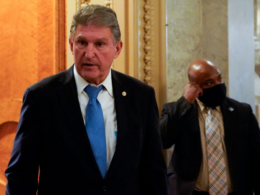 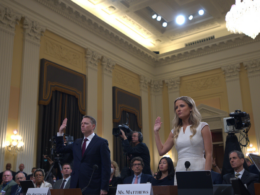