The championship is the second WNBA title for Parker, who opted to sign with Chicago in the offseason.

CHICAGO (Fwrd Axis) — Candace Parker returned home to bring her hometown team their first WNBA Championship and she did that in her first season with the Chicago Sky.

Parker posted 16 points, 13 rebounds, and five assists as the Sky rallied from an 11-point fourth quarter deficit to defeat the Phoenix Mercury 80-74 in Game 4 of the WNBA Finals at Wintrust Arena on Sunday afternoon.

Allie Quigley scored 26 points, including two huge three-pointers that fueled the run in the final five minutes of the fourth quarter. Courtney Vandersloot added 10 points and 15 assists for Chicago, who won the series 3-1.

“We were down nine, down 11 and we stayed with it,” Parker said. “So proud of this group. Sloot doing what she does all year. Allie it’s amazing.”

Parker’s three-pointer tied the game at 76-76 before Stefanie Dolson’s layup gave the Sky the lead for good and they would never trail again. Dolson added another layup on Chicago’s next trip down the floor to make it 76-72 with 45.8 seconds left.

Phoenix’s Diana Taurasi was fouled on the three-point line and made two of three free throws. Vandersloot’s layup on the next play sealed the win for the Sky. Windtrust Arena began celebrating as Parker hugged her husband and daughter with tears in her eyes.

The Mercury were led by Brittney Griner’s 28 points, scoring 18 of those in the first half. Skylar Diggins-Smith and Griner fueled a 9-0 run for Phoenix in the second quarter as they led 44-37 at halftime.

The championship is the second WNBA title for Parker, who opted to sign with Chicago in the offseason after spending her entire career in Los Angeles playing for the Sparks.

“I never doubted for a moment we were going to win that game,” Sky Head Coach James Wade said. “It was a matter of when will we take the lead.” 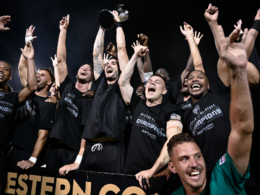 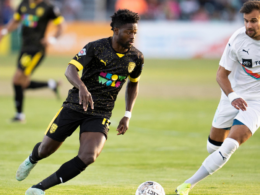