Chauvin is found guilty on all three charges and will be sentenced in eight weeks.

MINNEAPOLIS, Mn. — Former Minneapolis Police officer Derek Chauvin has been convicted on all three murder charges in the death of George Floyd, a jury announced on Tuesday afternoon.

After the verdict was read, the prosecution moved to have Chauvin’s bail revoked. Judge Peter Cahill granted the motion and Chauvin was handcuffed and taken into custody.

“Today’s verdict goes far beyond this city and has significant implications for the country and even the world. Justice for Black America is justice for all of America,” Floyd family attorney Ben Crump said in a statement. “This case is a turning point in American history for accountability of law enforcement and sends a clear message we hope is heard clearly in every city and every state.”

Judge Cahill announced sentencing will be in eight weeks.

The National Association for the Advancement of Colored People (NAACP) released a statement on the news following the verdict, saying the fight for justice is far from over.

“We will not rest until all in our community have the right to breathe,” the statement read. “The chapter on Derrick Chauvin may be closed, but the fight for police accountability and respect for Black lives is far from over.”

In remarks late Tuesday night, Biden called the verdict “a step forward”, but also said the country still has a long way to go in the battle against systemic racism.

“It was a murder in the full light of day and it ripped the blinders off the whole world to see,” he said. “Systemic racism is a stain on our nation’s soul.”

The President made his most direct comments on the issue race in America, praising the police officers who testified for the prosecution and against Chauvin in the case. Before he spoke, Vice President Kamala Harris spoke and reacted to the verdict.

“America has a long history of systemic racism, Black Americans and Black men, in particular, have been treated as less than human,” Harris said. “Because of smartphones so many Americans have now seen the racial injustice that black Americans have known for generations.” 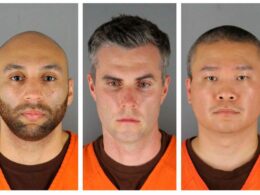 Harris was scheduled to leave Singapore to Hanoi, Vietnam as part of her trip through Asia but her flight was delayed three hours.
byStephen Michael 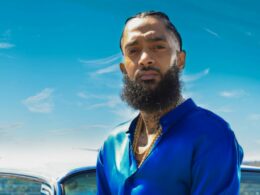 The Trial For Nipsey Hussle’s Killer: Last Words From The Hip-Hop Legend Revealed