Asner reigned in a long career, most notably as Lou Grant in ‘The Mary Tyler Moore Show’

Ed Asner, the gruff and lovable actor, best known for his embodiment of Lou Grant in The Mary Tyler Moore Show, has died at age 91.

Asner was was surrounded by family in Los Angeles, Asner’s publicist confirmed in a statement to Fwrd Axis.

We are sorry to say that our beloved patriarch passed away this morning peacefully. Words cannot express the sadness we feel. With a kiss on your head- Goodnight dad. We love you.

Ed Asner was a noted character actor with roles in Roots and Rich Man, Poor Man. It wasn’t until he landed the role that would make him a household name in 1970, as Lou Grant in The Mary Tyler Moore Show that viewers everywhere would see the actor take on comedy and embrace it so well. During the seven seasons on that series, and in the five-season stretch of the spinoff drama Lou Grant, Ed Asner won five of his seven Emmy nominations.

Ed Asner went on to land several roles throughout his career, including Santa Claus in Will Ferrell’s hit film Elf and as the curmudgeonly, but lovable widower Carl Fredrickson in Disney/Pixar’s Up, as well as over 300 other acting credits.

Ed Asner was also the president of the Screen Actors Guild from 1981 to 1985, with a notable spar with Charlton Heston in 1982, a noted conservative who was head of the guild prior to Asner, an outspoken liberal.

At the end of the day, regardless of controversy and pitfalls, Ed Asner was a beloved actor and family man. His characters had heart, shielded by a tough exterior. At 91 years old, Asner left behind a legacy and library of art for the ages.

The former Real Housewives of Atlanta star said over the weekend that Gregg was beginning to lose his battle with cancer.
byStephen Michael 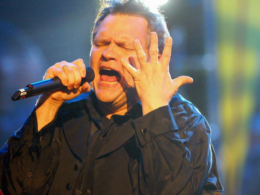 The cause of death was not announced but reports say he died due to severe complications of COVID-19.
byStephen Michael
No comments