The news comes one day after Trump White House aide Cassidy Hutchinson, the former aide to then-Trump Chief of Staff Mark Meadows, testified in front of the committee.

WASHINGTON (Fwrd Axis) — The House committee investigating the attack on the U.S. Capitol subpoenaed Trump White House counsel Pat Cipollone just one day after bombshell testimony from a former White House aide that was in the room for key conversations between former President Donald Trump and Cipollone.

“The Select Committee’s investigation has revealed evidence that Mr. Cipollone repeatedly raised legal and other concerns about President Trump’s activities on January 6th and in the days that preceded,” the committee’s chair, Rep. Bennie Thompson, (D-Miss.) and its vice-chair, Rep. Liz Cheney (R-Wyo.) said in a statement.

“Any concerns Mr. Cipollone has about the institutional prerogatives of the office he previously held are clearly outweighed by the need for his testimony,” the statement said.

The committee said in a letter to Cipollone they had obtained evidence about which he was “uniquely positioned to testify.”

“Unfortunately, however, you have declined to cooperate with us further, including by providing on-the-record testimony,” Thompson wrote. “We are left with no choice but to issue you this subpoena.”

The news comes one day after Trump White House aide Cassidy Hutchinson, the former aide to then-Trump Chief of Staff Mark Meadows, testified in front of the committee. She testified how Trump and his inner circle were warned about the potential for violence on January 6 but shrugged it off, allowing things to proceed.

Hutchinson has described Cipollone as being “gravely concerned” about obstructing the electoral vote count on Jan. 6, saying he told her “it would look like we were inciting a riot or encouraging a riot.”

“I remember Pat saying something to the effect of ‘Mark, we need to do something more. They’re literally calling for the vice president to be f**king hung,’” Hutchinson recalled.

According to Hutchinson, Meadows responded: “You heard him, Pat. He thinks Mike deserves it. He doesn’t think they’re doing anything wrong.”

Hutchinson said that Cipollone had first gone to Meadow’s office when the rioters first breached the Capitol.

“Mark, something needs to be done, or people are going to die and the blood’s gonna be on your f**king hands,” Cipollone told Meadows, according to Hutchinson. “This is getting out of control.” 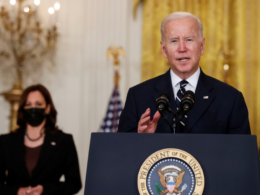 Sen. Kyrsten Sinema, who was the lead negotiator for the Democrats, said lawmakers are putting the finishing touches on the bill.
byStephen Michael 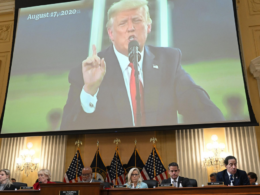