The offer comes with the nation facing an October 18 deadline and will provide a short-term fix for the problem for another month.

WASHINGTON (Fwrd Axis) — Senate Minority Leader Mitch McConnell says he has come to an agreement with Democrats to temporarily end a standoff and will not block a debt ceiling extension into December.

McConnell proposed Wednesday that Senate Republicans will not filibuster an extension of the debt limit “into December” on the condition that Democrats put a dollar amount on their increase. Democrats appeared prepared to accept the offer, according to several sources.

“This will moot Democrats’ excuses about the time crunch they created and give the unified Democratic government more than enough time to pass standalone debt limit legislation through reconciliation,” McConnell, (R-Ky.) in a statement.

The offer comes with the nation facing an October 18 deadline and will provide a short-term fix for the problem for another month. Sen. Chris Murphy (D-CT) said they would agree to McConnell’s deal but won’t agree to use the reconciliation process.

Several Democrats have not been kind to the idea of putting a price tag on the increase, instead of wanting to vote to extend the debt limit altogether. McConnell and the Republicans want to force Democrats to say a figure and use it against them in campaigns next year for the midterm elections.

However, not all Democrats are on board with this plan. Sen. Mazie Hirono (D-HI) called on her party to reject the plan, calling it “heartless”.

“Why should we accept any part of a BS offer?” she said.

White House press secretary Jen Psaki said at Wednesday afternoon’s briefing that McConnell’s proposal formal offer, saying a press release is not an offer and no offer had officially been put on the table prior to the start of the briefing just after 3:15 P.M. ET.

“So they’re discussing up there, we’ll obviously be in close touch with them as we will continue to be, and we’ll see where we where we are at the end of today,” Psaki said.

McConnell’s offer came just hours after President Joe Biden met with business leaders at the White House, keeping the pressure on Republicans to do something to reach an agreement with Democrats to avoid an economic disaster.

“The Senate Republicans’ position I find to be not only hypocritical but dangerous and a bit disgraceful, especially as we’re crawling our way out of a pandemic,” Biden said. “Our markets are rattled, America’s savings are on the line.” 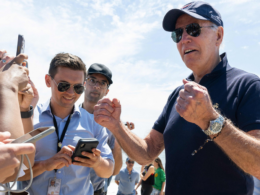 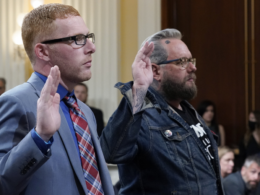 The committee heard testimony from Jason Van Tatenhove, a former spokesperson for the Oath Keepers who has since distanced himself from the far-right group, and Stephen Ayres, a January 6 Capitol rioter.
byStephen Michael