Woodley did not attend the NFL Honors, which saw Rodgers win his fourth MVP award.

(Fwrd Axis) — Green Bay Packers quarterback Aaron Rodgers and actress Shailene Woodley have reportedly ended their engagement and have split after being together for more than a year.

Rumors of a breakup have plagued the couple for months. Woodley did not attend the NFL Honors, which saw Rodgers win his fourth MVP award. He thanked his “inner circle” during his acceptance speech, but didn’t mention his fiancé.

“It was an amicable split; it just wasn’t working,” a rep for Rodgers said. “They’re very different people with busy careers and there were obstacles that they couldn’t surmount. They will remain friendly; there’s no bad blood and no drama. It just didn’t work out for them.”

The 38-year-old quarterback made headlines with November’s vaccination scandal.

Rodgers tested positive for COVID-19 and revealed he had never been vaccinated for the coronavirus. However, Woodley had his back and threw her support by her man.

“It wasn’t some sort of ruse or lie, it was the truth. Had there been a follow-up to my statement that I’d been immunized, I would have responded with this: I would have said, ‘Look, I’m not some sort of anti-vax-flat-Earther. I’m somebody who’s a critical thinker,’” Rodgers said on the “The Pat McAfee Show” podcast. “I march to the beat of my own drum. I believe strongly in bodily autonomy, [in the] ability to make choices for your body, not to have to acquiesce to some woke culture or crazed group of individuals who say you have to do something.”

“While Shailene is supportive of Aaron’s career, he put football first and they were barely spending any time together,” says the rep. “She felt he neglected their relationship. Neither of them was happy.”

The pair kept their relationship private and out of the spotlight until announcing their engagement in February 2021.

“We met during this whacky, whacky time and all the stadiums were closed that he was playing in,” Woodley said during an appearance on The Tonight Show Starring Jimmy Fallon.

(Philadelphia) The FAN EXPO Philadelphia celebrity lineup got a huge boost—actually, 10 of them—today with the addition of popular guests…
byChastity Ashley 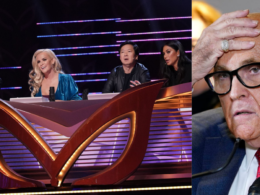 Giuliani is likely to be the most controversial contestant to ever be on the show in history.
byStephen Michael 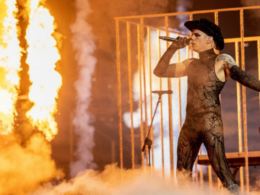