The President plans to declare victory if “he’s ahead”

Despite it being increasingly unlikely we will know the results of the 2020 Election on November 3, President Donald Trump is reportedly planning to falsely declare victory.

According to Axios, Mr. Trump has told confidants he plans to prematurely declare victory if it looks like he’s “ahead”. This despite large numbers of uncounted votes in key states like Pennsylvania, Wisconsin, and Michigan.

The report says the President has plans to walk up to the podium and declare he has won but in order for this to happen, he would need to have big leads in Ohio, Florida, North Carolina, Texas, Iowa, Arizona and Georgia.

Mr. Trump’s team is planning to falsely claim that mail-in ballots counted after November 3 are fraudulent, despite the fact mail-in ballots have been counted in elections past for years. Several pundits have said it will be likely that Mr. Trump appears to be leading in Pennsylvania on election night before mail-in votes are counted, allowing the President to falsely say the election was “stolen” from him.

For over a year, Mr. Trump and his allies have sought to cast doubt over the election results, claiming massive voting fraud despite no evidence to back up those claims.

“This is nothing but people trying to create doubt about a Trump victory. When he wins, he’s going to say so,” Trump campaign Communications Director Tim Murtaugh told Axios.

However, Pennsylvania state law prevents election officials from counting mail-in ballots before Election Day. Pennsylvania Secretary of State Kathy Boockvar said on NBC’s Chuck Todd on Sunday there could be more than 10 times mail ballots this year than in 2016.

“I expect that the overwhelming majority of ballots in Pennsylvania, that’s mail-in and absentee ballots, as well as in-person ballots, will be counted within a matter of days,” Boockvar said.

“Democrats are just going to try to steal it back after the election,” he said.

Later in the day before attending his rally in North Carolina, the President called the reporting by Axios fake but did say he does not believe mail-in ballots should be counted past November 3.

“We’re going to go in the night of — as soon as the election is over — we’re going in with our lawyers,” Trump said, mentioning the state of Pennsylvania specifically.

Mr. Biden was quick to respond to the report, saying Mr. Trump would not steal the election. Meanwhile, Sen. Bernie Sanders put out a statement and said this has been Mr. Trump’s plan for months.

“It comes as no surprise that Donald Trump and his campaign plan to declare victory before all the votes are counted. That has been his strategy for months, and nobody should fall for it,” he said. “It’s why he is demonizing mail-in ballots and sabotaging the postal service. … We will not allow that to happen. Every vote must and will be counted.” 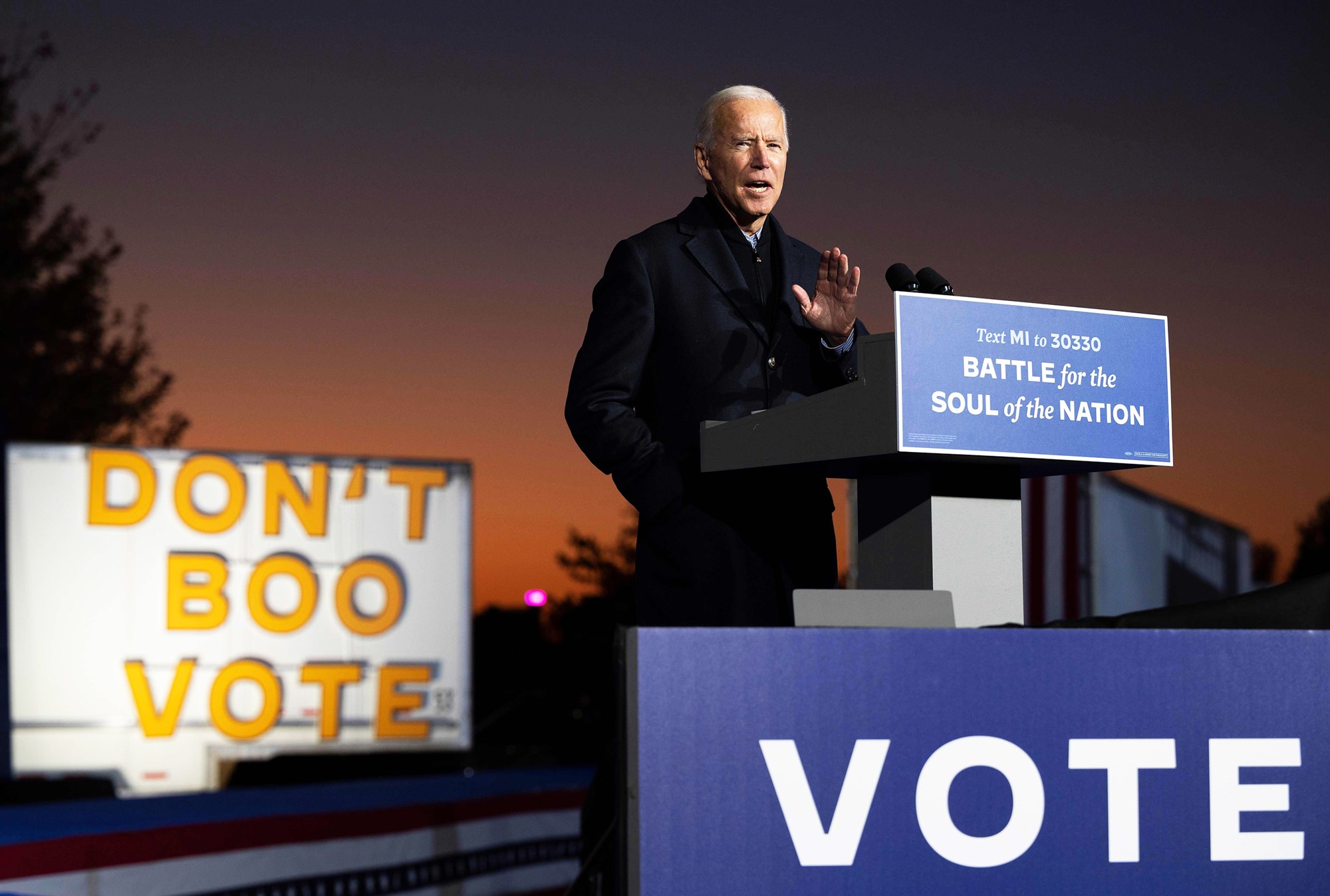 Believe It Or Not, Donald Trump Can Still Win The 2020 Election