(Fwrd Axis) — On Wednesday night’s episode of The Flash, Iris went to Coast City to investigate a new meta while Team Flash was back in Central City dealing with the mysterious serial killer meta that comes too close to home to one member of the team.

The episode kicks off with Iris privately meeting with Deon, whose role in this episode was to use his connection to the Still Force to treat and diagnose her recent memory problems. He eventually discovers she has been experiencing time sickness but he’s unsure where she got it.

Meanwhile, at the Central City Citizen, Iris meets up with a returning Sue Dearbon, who is running her family’s business after dismantling the Black Hole organization. Sue and Iris head to Coast City to search for a metahuman phasing through walls that has been spotted around the West Coast.

Back in Central City, Team Flash is dealing with a mysterious flaming metahuman. Chester begins having nightmares about his father. The flame makes its way to S.T.A.R. Labs, leading the black flame to grow stronger and Cecil eventually realizes the flame feeds on grief and despair.

Iris and Sue tracked down the wall-phasing metahuman named Tanya. After some issues, the women learn Tanya was abandoned by her mother. Sue offers her place up to Tanya until she gets back on her feet and has a better idea of how to use her powers.

Back at S.T.A.R. Labs, Allegra manages to talk down Chester, making him realize Team Flash is his family and loves him. This leads Chester to reject the flame and it flees S.T.A.R. Labs while Team Flash discovers the flame is the metahuman they’ve been searching for.

The episode ends where it began: with Deon visiting Iris. He knows what is going on with Mrs. West-Allen and he reveals Iris’ prognosis — and it’s not good. 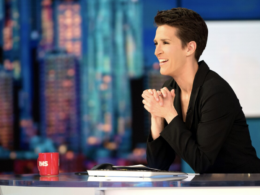 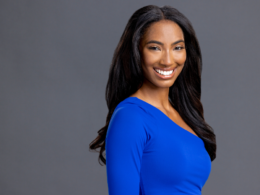 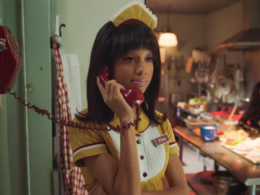 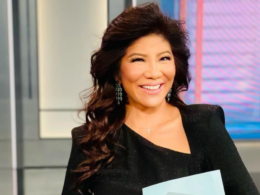