On Friday, the group announced the decision on social media.

Fugees’ upcoming reunion tour, which was scheduled to begin in Chicago on November 2, 2021, has been postponed.

On Friday, the group announced the decision on social media. “Dates for our upcoming Fugees 25th Anniversary are moving to early 2022 to ensure the best chance that all cities on the tour are fully open so we can perform for as many fans as possible,” the group wrote in a post on their Instagram.

Their make-up dates, which are set for “early 2022,” have not been announced as of the time of filing this report. The shows were announced in September to celebrate the 25th anniversary of Lauryn Hill, Wyclef Jean, and Pras Michel’s critically acclaimed second album The Score. Their first concert together in 15 years was a pop-up show in New York the day after the announcement. 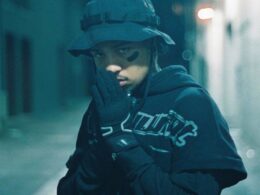 The "Enigma" EP is a personal project that reveals Lyfe Harris' multifaceted personality as we get to know him as a burgeoning solo artist.
byRalph Okobz