According to court documents, federal agents took 11 classified documents, including some labeled secret and top secret from Mar-a-Lago.

Trump and his legal team have had the search warrant since Monday but refused to make them public at first. However, in a post to his social media website late Thursday, Trump said he did not oppose DOJ’s motion to release the documents to the public.

“Not only will I not oppose the release of documents related to the unAmerican, unwarranted, and unnecessary raid and break-in of my home in Palm Beach, Florida, Mar-a-Lago, I am going a step further by ENCOURAGING the immediate release of those documents, even though they have been drawn up by radical left Democrats and possible future political opponents, who have a strong and powerful vested interest in attacking me, much as they have done for the last 6 years,” Trump said. “Release the documents now!”

The release of the documents comes just 24 hours after Attorney General Merrick Garland announced the Justice Department had filed a motion Thursday to get the warrant unsealed and released to the public.

“The Department filed the motion to make public the warrant and receipt in light of the former president’s public confirmation of the search, the surrounding circumstances, and the substantial public interest in this matter,” Garland said. “Faithful adherence to the rule of law is the bedrock principle of the Justice Department and of our democracy. Upholding the rule of law means applying the law evenly without fear or favor. Under my watch, that is precisely what the Justice Department is doing.”

Trump received a federal grand jury subpoena last spring regarding the sensitive documents the government believed he took from the White House when he left office. Later, a Wall Street Journal report said someone at Mar-a-Lago told investigators there may have been more classified documents at the club. 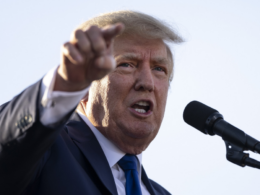 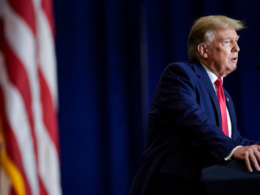