U.K. becomes first country in the world to roll out its COVID-19 vaccine, kicking off the global immunization program.

LONDON – U.K. health officials rolled out the first doses of the COVID-19 vaccine on Tuesday morning, becoming the first country in the world to get the shots and kicking off the global immunization program.

The first shots began to roll out at the hospital network hubs in London, which is now being called “V-Day.” The vaccine has been widely tested and independently reviewed and is expected to gain momentum as more serums get the green light of approval.

90-year-old Margaret Keenan became the first person in the world to receive the shot at University Hospital Coventry at 6:31 a.m. while wearing a surgical mask.

“I feel so privileged to be the first person vaccinated against COVID-19,” she said. “It’s the best early birthday present I could wish for because it means I can finally look forward to spending time with my family and friends in the New Year after being on my own for most of the year.”

The vaccine was produced by U.S. drugmaker Pfizer and Germany’s BioNTech. Health officials will now begin to watch how the vaccine works as well as keeping an eye on their rivals at U.S. biotechnology company Moderna, and a collaboration between Oxford University and drugmaker AstraZeneca.

Public health officials have asked the public to remain patient as the rollout of the vaccines begin. The citizens most at risk from the virus will be vaccinated first while most of the general public will have to wait until next year to get the shot.

The first 800,000 doses of the vaccine are going to be given to people over the age of 80, those who have been hospitalized, and nursing home workers.

“Today is just the first step in the largest vaccination program this country has ever seen,” said Simon Stevens, head of England’s National Health Service. “It will take some months to complete the work as more vaccine supplies become available … but if we all stay vigilant in the weeks and months ahead, we will be able to look back at this as a decisive turning point in the battle against the virus.”

While reports have surfaced that 94-year-old Queen Elizabeth II and 99-year-old husband, Prince Philip would be vaccinated, Buckingham Palace has denied to comment on the stories.

The rest of the world has their eyes on Britain as public health officials around the world will be tasked with vaccinating billions of people to stop the spread of the coronavirus pandemic, which has killed over 1.5 million people worldwide.

The rollout of the vaccine is a welcome sight for the U.K., who has seen more than 61,000 COVID-19 related deaths and 1.7 million cases – more than any other country has reported in Europe.

The country will need more than the 800,000 doses as the government has a target of vaccinating 40 percent of the population or 25 million people during the first phase of its vaccination program. Northern Ireland, Scotland and Wales are making their own distribution plans under the U.K.’s rollout system.

The plan, which is still in development, would only apply to the two-dose Pfizer and Moderna vaccines.
byStephen Michael 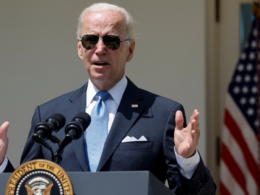