After a week away sick with COVID, judge Howie Mandel returned alongside Heidi Klum, Sofia Vergara, and Simon Cowell.

After a week away sick with COVID, judge Howie Mandel returned alongside Heidi Klum, Sofia Vergara, and Simon Cowell. With the live shows drawing closer, this also meant another auditions episode closer to ending with the acts having just a few more round to showcase their talents and impress judges and advance into the next round.

In case you missed it, here are the best and worst acts from the seventh week of auditions:

As someone who has seen every single season of AGT, I now want to be surprised by acts and that is what happened early on in Tuesday’s episode when Nicotine Dolls came to audition. When he spoke to the judges, he came across as a nice guy but one that would struggle to sing.

However, once he opened his mouth and started to sing, it was a true surprise. He performed an original song and blew everyone away. The judges and audience were in disbelief as he earned three yeses from Simon, Sofia, and Heidi to advance into the next round.

The final act of the night belonged to the trio singing group Chapel Hart, who had the dream of making it in country music but “country music doesn’t look like us”, they said, referring to their weight and race. However, all that went out the window as they got the audience on their feet with their original song “You Can Have Him Jolene”.

Personally, it was fun. I’m not sure how far they will make it but it was different for sure. The audience chanted for the golden buzzer and since it is Simon Cowell’s show, he awarded Chapel Hart the group golden buzzer, sending them straight into the live shows.

While Svitlana Rohozhyna already won fans over just by saying she’s from Kyiv amid Russia’s war in Ukraine, her talent is just as amazing as she wowed the judges with an amazing aerial act that earned her four yeses from the judges to put her into the next round.

As I’ve previously said with aerial acts, you never know just how far they can go but let’s see if Svitlana can do something different this season.

I’m not even going to spend time on this. This was easily one of the dumbest acts in the history of America’s Got Talent. Enough said.

America’s Got Talent airs Tuesdays at 8/7c on NBC and streams on Peacock. 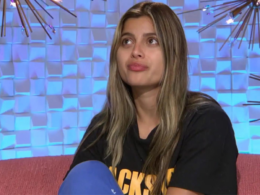 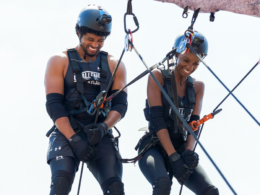 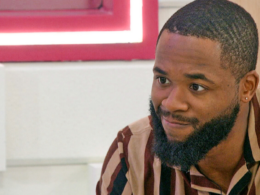 Listen to this podcast episode belowThank you for reading this post, don't forget to subscribe!   (Fwrd Axis) — Big…
byStephen Michael